'Soda Taxes' Pass In All Four Cities With Proposals On Ballots 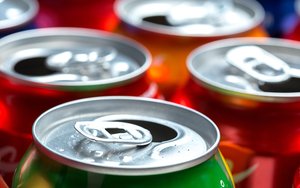 All four cities that had proposals on their ballots to levy taxes on sugary beverages passed those initiatives, bringing the total of U.S. cities with such taxes to six.

Boulder, Colo., passed a stiffer, two-cent-per-ounce tax on Tuesday. In June, Philadelphia passed a 1.5-cent-per ounce tax on both sugar-sweetened and diet beverages (a legislative compromise), which is set to be implemented Jan. 1.

In September, the American Beverage Association (ABA), which reportedly spent $5 million on advertising to fight the tax in Philly, filed a suit seeking to have the tax declared unlawful.

In general, the initiatives are structured as taxes on beverage distributors, which are than expected to pass the taxes on to retailers, who are in turn expected to pass them onto consumers, notes Mother Jones. “The industry is using that structure to call the proposals ‘grocery taxes,’ claiming that retailers will use them as an excuse to jack up prices across the board, negating their impact on soda sales.

Since 2009, the ABA, Coca-Cola and PepsiCo have spent at least $67 million to defeat sugar-added beverages taxes and health warning labels in 19 cities and states, according to the Center for Science in the Public Interest.

But the tide may be starting to turn — and not only because a growing number of studies are showing that taxes can be an effective way to tamp down the sugary beverages consumption that contributes to obesity, diabetes and heart disease and their associated public costs.

In addition, “Increasingly, states and municipalities are looking at sugar-sweetened beverages the same way they eyed tobacco in the 1980s and 1990s: as a source for additional tax revenue,” Bloomberg BNA noted this week.

The next big battleground is Illinois’s Cook County, including Chicago — which is considering a one-cent tax, notes Mother Jones. And this time, Michael Bloomberg, who lost his bid to restrict the serving sizes of sugar-added beverages when he was New York City’s mayor, is funding a $1 billion ad campaign in support of a Cook County soda tax, reported Crain’s Chicago Business.

1 comment about "'Soda Taxes' Pass In All Four Cities With Proposals On Ballots ".
Check to receive email when comments are posted.
Next story loading