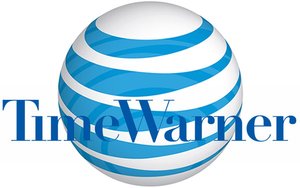 AT&T CEO Randall Stephenson says he expects the company's proposed $85 billion merger with Time Warner will pave the way for consumers to more easily watch paid TV on devices of their choosing.

"Our intent is to disrupt the current model," he said Wednesday at a Senate hearing. He added that the company aims "to make sure a customer pays for .. content only one time," no matter what device people use to access the material.

"We want to give customers more control of how they watch their video content, making their video experience seamless as they move from their TVs to their mobile devices," Stephenson added in written testimony to the Senate Judiciary Committee's antitrust subcommittee. "We expect to deliver mobile-optimized content and services, and ad-supported services that shift more costs from consumers to advertisers."

Lawmakers held the hearing, which examined the impact of the proposed deal on competition, as the Department of Justice is evaluating the merger.

Stephenson pointed to the company's recent launch of DirecTV Now -- a paid service that allows viewers to stream TV shows to their mobile devices -- as an example of the type of offering that affords people greater control over video access.

But consumer advocates warn that the merger could harm competition and consumers.

Gene Kimmelman, CEO of the advocacy group Public Knowledge, said in his prepared statement that the merger would enable AT&T to restrict competitors' access to Time Warner programs.

He also said that AT&T's role as an Internet service provider enables the company to control "a vital input that rival online video distributors need to access to reach customers."

Kimmelman added that AT&T could use its power over the broadband pipes to harm rival online video providers. The current net neutrality rules appear to prevent AT&T from doing so, but it's not yet known whether a Republican-controlled Federal Communications Commission will enforce those rules.

Entrepreneur Mark Cuban, who also testified at Wednesday's hearing, told lawmakers he supports the proposed merger, arguing that it will help AT&T and Time Warner compete with Silicon Valley.

"We need more companies with the ability to compete with Apple, Google, Microsoft, Amazon and Facebook," he stated. "Delivering content to consumers in this app driven world is not easy, it is very expensive and difficult.... Alone, it will be very difficult, if not impossible for either AT&T or Time Warner to compete with any of the companies I've mentioned. Together it will be still be difficult, but a combined entity at least gives them a chance to battle the dominant players in the marketplace."