Cover Story: 'My President' Is Back! 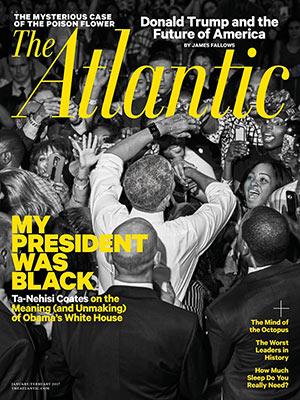 Who says print is dead? For the second time in six months, The Atlantic is reprinting an issue of its magazine: The January/February 2017 edition featuring the “My President Was Black”cover story paying tribute to Barack Obama’s presidency.

The Atlantic said it is reprinting 40,000 copies of the issue due to a surge in subscriptions and to restock newsstands that sold out.

Sales of the edition doubled those of the preceding month.

Overall, it was a great year for the print edition of The Atlantic, which saw total newsstand sales rise 14.8% over 2016.

The Atlantic last reprinted an issue with its July/August edition, featuring the cover story, “How American Politics Went Insane.” It reprinted 25,000 issues of that edition.