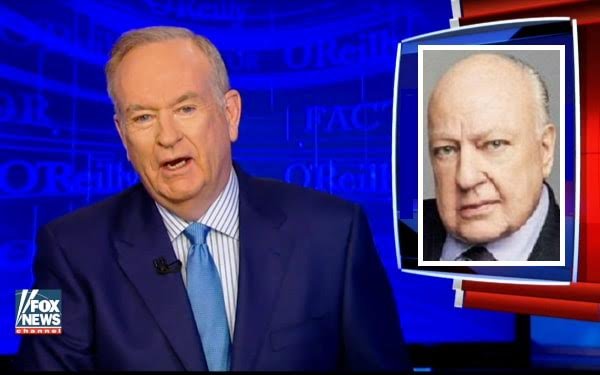 The Fox News Channel sexism story refuses to go away -- which is making my tactical avoidance of the subject unsustainable.

I don't relish wading into these social-science stories. For one thing, no matter how hard I try, I always find it difficult to conjure up the appropriate empathy for the aggrieved parties.

It's not that I lack the sensitivity to be empathetic to other people. But to bring this specifically back to the subject of sexual harassment in the workplace (or in life generally), I have not experienced it.

To my knowledge, I have never been leered at or ogled at work. I have never ever been pinched by a colleague or authority figure. I do not recall anyone ever making a suggestive remark to me. Try as I might, I cannot completely imagine what this is like. I am guessing that this is because I am a man, and these things don't happen often to men, if they happen at all.

I can guess, however, that the frustration and sense of being demeaned, disrespected and insulted is particularly acute when the behavior comes from someone with power over one's employment.

Otherwise, those who are being targeted would be free to seize the power position in these situations with a pointed “F--- you” and be done with it. But few people would risk saying such a thing to a boss or someone with greater seniority than they.

One thing we're not done with, apparently, is this sexual-harassment situation at Fox News Channel. Every couple of days, there's another story.

On Friday morning, The Wall Street Journal reported that the federal government is getting involved now. The lead paragraph on the WSJ story went like this: “Federal authorities have interviewed current and former Fox News employees and on-air talent in a widening inquiry into the nature of sexual-harassment settlements and alleged intimidation tactics at the network, according to people familiar with the probe.”

My goodness. “Intimidation tactics”? What on earth is going on at this TV network?

Other recent stories in this ongoing saga include the resignation of one of the network's co-presidents, Bill Shine, and the revelation that all Fox News employees would undergo “sensitivity training.”

To my knowledge, Shine has never been implicated personally in any of the sexual-harassment stories that derailed Roger Ailes (inset photo above) and then Bill O’Reilly (also shown above). And yet, he’s gone anyway.

As for the sensitivity program the FNC employees seem headed for, one can hopefully assume these sessions will be focused primarily on how men are supposed to treat the women they work with. Lesson No. 1: Stop being a jerk. Lesson No. 2: Can’t you just be nice?

The challenge for Fox News Channel is this: Convincing the world that sexual-harassment will not be tolerated in the workplace there, and that its female on-air personalities are just as prized as its male stars.

While they're at it, they might consider freshening up the network generally. In its final months, if not years, “The O’Reilly Factor,” for example, had grown stale.

It certainly wouldn't hurt Fox News to try and find another female star with the potential to become another Megyn Kelly.

In some ways, the loss of Kelly can also be tied to the allegedly sexist culture at FNC. It hasn't exactly been specified or talked about, but one gets the feeling that the culture for women stars at FNC vs. NBC could have been at least a factor in Kelly choosing to leave -- in addition to the changes in her work hours and the other incentives NBC offered.

Whatever the role played by sexism, the fact remains that in the midst of this scandal, FNC lost its top female star.

Fox News Channel is at a crossroads. One wonders if the powers that be at 21st Century Television -- most notably the Murdoch brothers -- are up to the task of fixing the network’s problems.