A Couple Of Mini-Trends From The Networks' New Fall Lineups 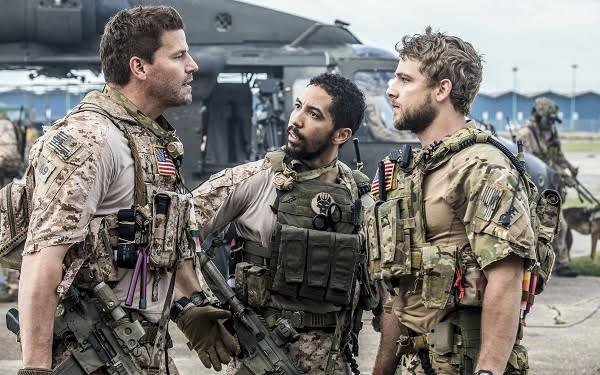 When attending the network upfront presentations, you sometimes get the feeling you’re seeing double, or even triple.

Such was the experience last week as the networks announced their fall schedules featuring multiple special-ops dramas, new shows with old titles, and a couple of spiritual series.

Next fall, it’s not CBS that will be touched by an angel, but ABC in the new drama called “The Gospel of Kevin.” Jason Ritter stars as a man who sees -- and communicates with -- an angel that no one else can see, like the old George Burns-John Denver movie “Oh God.”

Not to be outdone -- or out-Bibled-- CBS has a midseason comedy on tap called “By the Book” about a man who decides to live his life literally by the teachings in the Bible. The TV Blog has a suggestion for the February sweeps: A story arc about an Ark.

Many people are talking about the remake (sorry, “reboot”) fever that is gripping network television at the moment, and we’ll get to that. While attending the upfronts last week in New York, I was more fascinated by network TV’s war on terror.

Rough-and-ready special ops teams are all the rage next fall, with at least three new dramas in the category. At the upfronts, the reels they showed seemed eerily similar.

Take “SEAL Team,” the CBS entry in the special-ops sweepstakes, starring David Boreanaz (left, photo above). This show was most reminiscent of the SEAL-team scripted drama called “Six” that has already been seen on History Channel. In both shows, the dedicated members of the SEAL teams neglect their families and home lives when duty calls, right down to their spotty attendance at kids’ recitals and the like.

Over at NBC, get ready for “The Brave,” about another special-ops team that is highly skilled at retrieving kidnapped Americans from bearded baddies.

Even the CW is getting into the act with a special-ops drama called “Valor.” In this one, the members of the team are keeping secrets from each other that could jeopardize careers and even lives. Of the three, this one seemed to be the best one.

The CW also had the best idea in the current race to remake old shows -- a new version of “Dynasty.” The clip seen at CW’s upfront last Thursday even had the show’s two female protagonists in a full-blown melee reminiscent of the original.

Elsewhere on the network schedules, the old titles include “Will & Grace” on NBC, “S.W.A.T.” on CBS, and “American Idol” and “Roseanne” on ABC.

Already on network TV at the moment: “Hawaii Five-O” and “MacGyver” on CBS, and “To Tell the Truth” and “Match Game” on ABC. If there are others that I have forgotten, feel free to tell me so in the comment section below.

At ABC’s upfront last Tuesday, ABC Television Group President Ben Sherwood joked that the network was thinking about bringing back “Ben Casey.” They’re not, but one of ABC’s new fall shows is a medical drama called “The Good Doctor” about a brilliant young surgeon who happens to be autistic (played by Freddie Highmore, who played Norman Bates in “Bates Motel” on A&E).

As for “Will & Grace,” it is not unreasonable to gather that NBC might be in the hunt for multiple reboots from its sitcom heyday of the 1990s-early ’00s, but the casts of “Friends” and “Seinfeld” were mostly unavailable or unwilling. For some reason, though, the “Will & Grace” foursome were all available. Go figure.

I wonder what Kelsey Grammar and David Hyde Pierce are up to these days?

broadcast networks, tv, upfront
1 comment about "A Couple Of Mini-Trends From The Networks' New Fall Lineups".
Check to receive email when comments are posted.
Next story loading