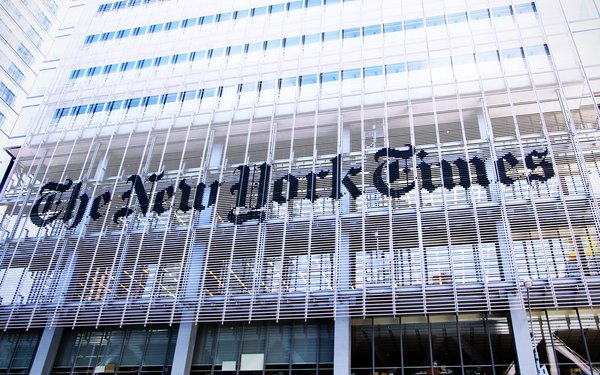 There are several key changes at The New York Times.

The NYTCO has expanded its custom content agency T Brand Studio to Hong Kong to serve new and existing clients in the Asia-Pacific region.

The company has also offered buyouts to reduce its number of editors and eliminated its public editor position.

The Hong Kong office is in the process of hiring a designer.

Stateside, The New York Times Company announced Wednesday that it will offer buyouts to reduce its “layers of editors,” according to a memo obtained by Poynter from executive editor Dean Baquet and managing editor Joseph Kahn.

“There are too many layers in our process, too many editors touching the same stories, particularly on routine news coverage,” Baquet and Kahn wrote. “This system is a vestige of an assembly-line structure held over from a newspaper-only newsroom built around multiple print deadlines. It is costly and slows us down.”

The changes will combine editing and copy-editing duties to “shift the balance of editors to reporters at The Times, giving us more on-the-ground journalists developing original work than ever before.”

“What we now know as the copy desk will no longer exist,” Baquet and Kahn wrote.

They also referred to changes happening to sections such as Business Day, Metro and Styles. “There will be shifts in beats and emphasis,” they wrote.

Desk editors will now handle all aspects of a story, from drafts to selecting photos, up until the completed version is ready for publication.

As part of the reorganization, the Times also eliminated the public editor position, first created in 2003 after the Jayson Blair scandal.

The current public editor, Elizabeth Spayd, will leave the newspaper a year ahead of her contracted employment.