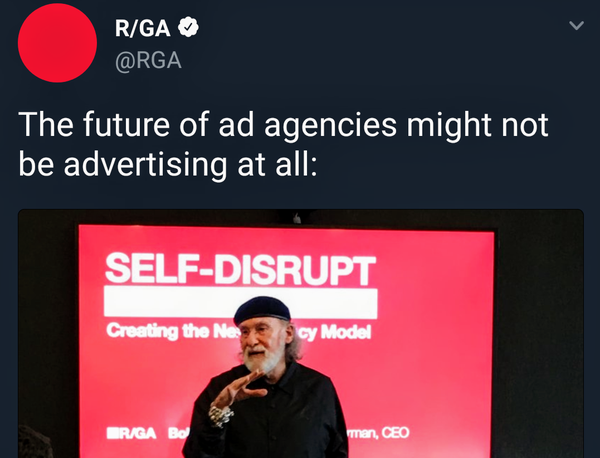 While many agencies view the usual roundup of Facebook, Instagram, and Twitter as mere self-promotional tools, social media serves as the ultimate proof of concept. After all, if an agency can't raise its own visibility, can it deliver what it promises for clients?

This is why is it notable that creative shop Preacher refuses to engage with Twitter at all.

"When it came to whether or not to have one, we started by asking ourselves, like we always ask our client partners, 'why?'," says Seth Gaffney, co-founder, Chief Strategy Officer at Austin-based Preacher. "We couldn't find an answer that made the time investment worth it."

The agency isn't against all social media, believing Instagram is a better outlet for its voice.

"Instagram has always felt more like a tool for celebration rather than critique, which gives us the best opportunity to spread the good word and attract optimistic, soulful people," Gaffney explains, adding that clients don't seem to mind its non-tweeting attitude.

"In short, I guess you could say Preacher’s not on Twitter because Donald Trump is and [San Antonio Spurs coach] Gregg Popovich isn’t."

Others point out that Twitter is a useful tool -- and in many ways a public utility -- but it remains unproven that using the platform to target potential clients or generate revenue, is effective.

"I see it more like a newspaper with publishers and readers than a peer-to-peer networking," says Nick Cavet, digital lead, VSA Partners.

Agencies just might not have the resources to put against things like Twitter since it doesn't show a solid return-on-investment, he says. Unless the agency has the time and resources to allocate to the platform, it could cut into work the agency would do to service its clients.

In fact, some agency execs question why more agencies don't abandon their Twitter accounts. All the top leaders at VSA Partners, for instance, aren't active tweeters. Another agency executive explains he received too many unsolicited job requests, while yet another says she is too busy.

Agencies often engage in Twitter due to a "me-too" complex, asserts Cavet, noting, "They create an account to check the box that their agency can 'do social’."

These shops go through the motions without having the appropriate teams to manage, or a good strategy, KPIs or content. "Still, they need to check that box," he says.

Of course some shops -- notably R/GA and Firstborn -- have woven Twitter into their core, leveraging it to show off their creativity, culture and content capabilities. These agencies have dedicated teams to manage the platform -- responsible for targeting the best #hashtag conversations, live streaming, and making the agency a go-to source for thought leadership.

"If you want to target an individual -- say that you want to do business with -- there are much better alternatives," argues Cavet, adding, "Twitter remains the better place to get real-time updates from individuals held in high regard in our society. And the platform remains the go-to for news, politics, TV and sports figureheads."

As far as the industry’s top agency brass goes, most are not that visible on Twitter.

WPP does host multiple Twitter accounts, but CEO Martin Sorrell only opened his official account in September after taunting Twitter CEO Jack Dorsey that he would only do so if Dorsey appeared in person at the DMEXCO conference.

Dorsey showed up for a chat and Sorrell opened his verified account by acknowledging #ADealsADeal. Since Sorrell's Sept.13 debut, he has tweeted only twice, though attracting some 4,753 followers. There are several amusing imposters, however, pretending to be Sir Martin.

Sorrell's erstwhile approach to Twitter is mimicked by his fellow CEO colleagues. Publicis Groupe's Arthur Sadoun started his tenure strong by hosting a Twitter Q&A, but since that June 26 date, his 3,293 followers have received one message on Oct. 3 about some exciting "Marcel use" cases.

Dentsu Aegis's Jerry Buhlmann does not have an active public account, nor does Michael Roth, chairman and CEO of Interpublic Group.

Roth, however, does silently lurk, logging into the IPG’s corporate social accounts on his phone/desktop to track conversations when he wants.

“At IPG, our social media accounts focus on our agency brands and the work we do for clients, not on me," says Roth. "Speaking of, I encourage your readers to learn more about our client-first culture on Twitter, Facebook and LinkedIn," he jokes.

When Roth does engage on business issues, he prefers via direct communications with employees, clients and shareholders.

MDC Partners’ CEO Scott Kauffman, a digital native, is one of the more active Twitter users. Social media allows leaders to emote in real-time, said Kauffman during Ad Week explaining that he felt he needed to become more vocal after August's violence in Charlottesville.

Now, Kauffman intermixes sports quips with the need to impeach Trump via #Undo45 and "how Trump "supporters" should be called 'sympathizers' or 'apologists,' like the populace of Nazi Germany," said another tweet.

Nonetheless, while Kauffman may express controversial viewpoints, few are listening, he had fewer than 495 followers at press time. 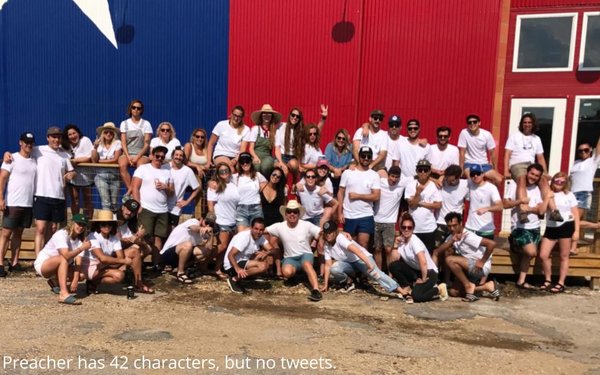