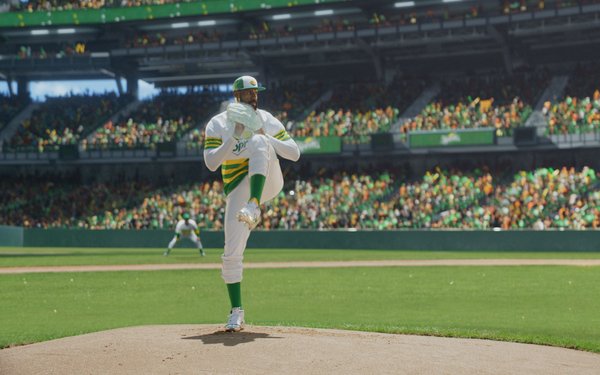 Sprite is out with a new, baseball-themed TV ad starring the Cleveland Cavaliers’ LeBron James and hip-hop artist Kamaiyah.

In the spot (:60 version below), “Big Taste Cuts Through,” James plays a pitcher named “Big Taste,” who strikes out a batter named “Thirst” by throwing a can of Sprite to a catcher named “Ice-Ya,” played by Kamaiyah.

“Continuing the lightheartedness of the ‘Wanna Sprite’ integrated marketing campaign, we wanted to find a fun way to remind consumers of the big taste that a cool, crisp and refreshing Sprite has,” said Sprite brand director Bobby Oliver.

The ad is being featured on James’s and Kamaiyah’s social channels, as well as the brand’s, and is also being supported by paid social and digital media.

James has been a Sprite brand representative since 2003.