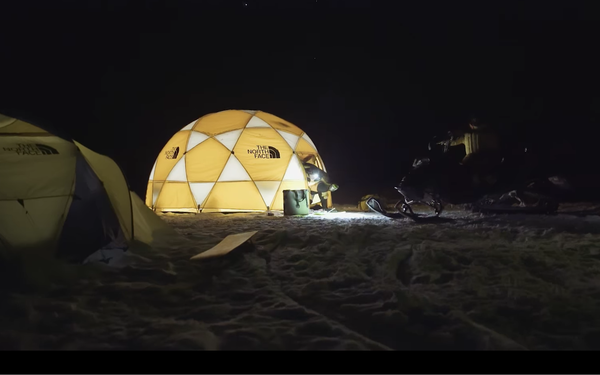 VF Corp. posted increases in both sales and profits and says that while U.S. sales at its The North Face division are still weak, it’s looking forward to gains of between 6% and 8% in the year ahead.

The Greensboro, N.C.-based clothing conglomerate, which also owns Vans, Timberland, Lee and Wrangler, says fourth-quarter revenues jumped 20% to $3.6 billion, which includes $247 million from its recent purchase of Williamson-Dickie. Excluding that deal, sales rose 12%, with broad gains in both international and direct-to-consumer operations, as well as outdoor and action sports and workwear.

But while sales at the North Face gained 6% overall, they actually fell 1% in the Americas, on a currency neutral basis, while revenue at Vans rose 35%, Timberland climbed 8% and Wrangler increased 2%. Sales of Lee jeans fell 1%.

Despite that weakness, “we’re very confident about the North Face business,” says Steve Rendle, chairman and CEO, in a conference call for investors. “There’s been significant work going on internally around product and demand creation, and we’ve done a lot to shore up the brand.” Citing its relatively new test in partnering with Amazon, increased efforts to clean up sales from unauthorized dealers abroad, and strong new product launches, “it’s all bout rebuilding that strong foundation.”

He was especially bullish about the North Face’s strong new launches in the specialty channels, and its Urban Exploration capsule collection. “It’s been strong in Europe and Asia, and early reads in the U.S. are that it’s doing well, here, too.

The company says it decided to shed Nautica, a brand that has never recovered its 90s-era swagger, because it no longer meshed well with the brand-portfolio strategy. Besides the acquisition of the Dickies brand, it also recently added Icebreaker, a New Zealand-based outdoor apparel brand. And its divested of such brands as JanSport, 7 For All Mankind, Splendid and Ella Moss.