Virtual Reality In A Physical World 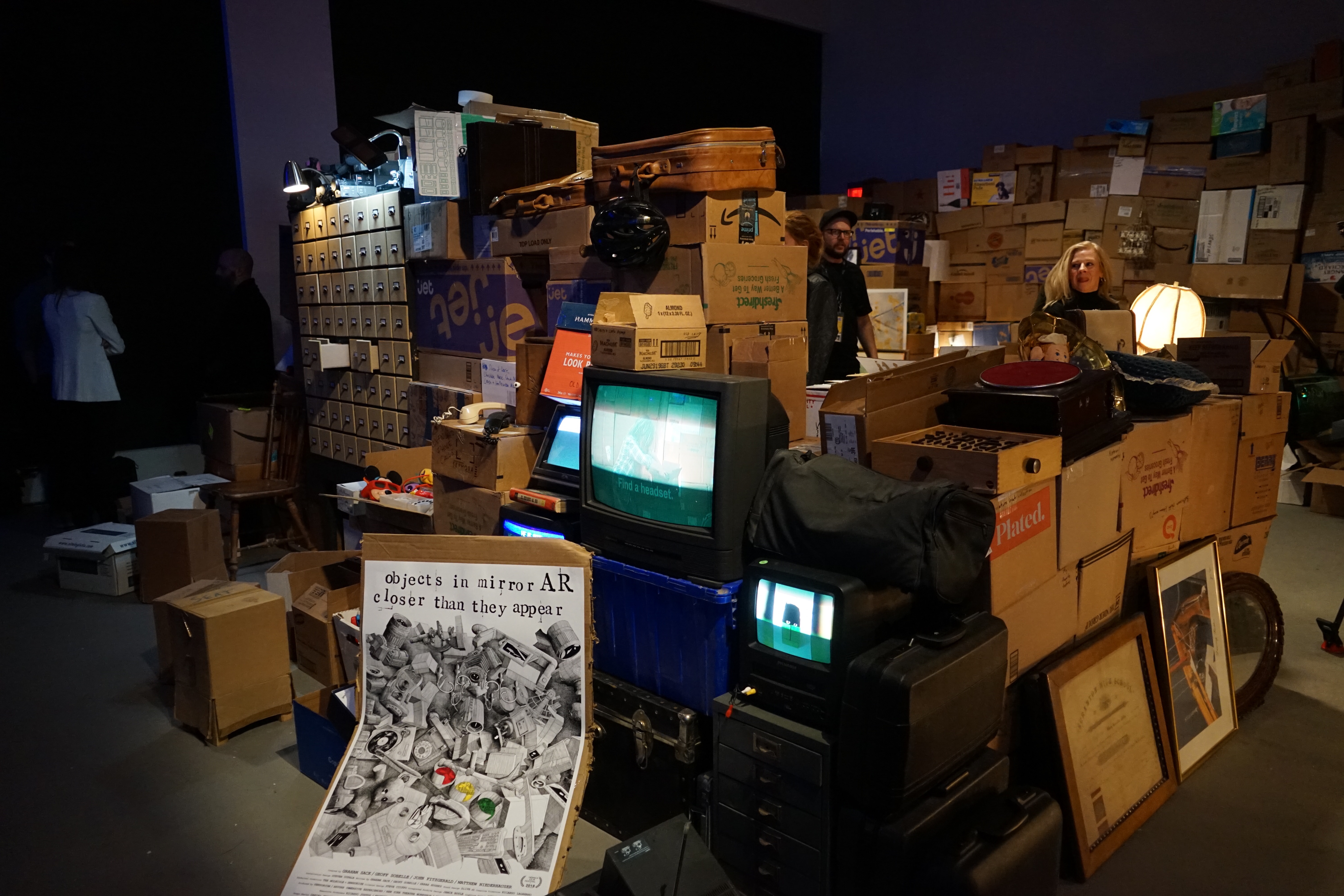 If you’ve ever experienced virtual reality, you know it’s hard to explain, and even harder to share.

For the past four years, the Tribeca Film Festival has made a remarkable effort to embrace the current state of immersive storytelling (a phrase coined by author Frank Rose that becomes more relevant every day).

This year, the Tribeca Virtual Arcade was full of interesting projects — far more than anyone could experience in one gulp. But your diligent reporter did his best, using a mix of brave exploration and curiosity to see where VR is heading.

Three projects in particular I found worth sharing:

"Objects in Mirror AR Closer Than They Appear” features augmented reality objects embedded in what can only be described as a storage closet.  Visitors explore vintage items and videos pop up.

The experience invites audiences to think about the relationship between new technology and archaic objects like View-Master 3D slides. Or, as Tribeca says: explore "21st-century technology and 19th-century magic…memory and optical illusion.” It’s a fun and visually engaging way to explore the past and the present — more of an experience than a story in conventional terms.

"Into the Now” is a 360 video experience with an interesting twist. Let’s start with the sharks. If you’re afraid of sharks, this is most certainly NOT for you.

Photographer Michael Muller’s lifelong fear of sharks forced him to face his fears. So you’re underwater with him, able to look around in 360 degrees with stereoscopic virtual-reality goggles along with physical motion. You’re in chairs that move and shift, affecting your sense of balance and making the experience very real.

Muller explores marine life and ocean conservation — and at the same time, his own internal journey of discovery.

Finally, I decided I wanted to go on vacation. So I entered “Terminal 3.” Maybe I read the sign wrong, but rather than heading to a beach, I found myself in a bare white room devoted to customs examination.

I found I wasn’t the passenger, but the customs inspector — and, using Microsoft Hololens-augmented reality headgear, I found it was my job to interrogate and determine the fate of a hologram passenger that sat in front of me, a young American woman about to enter Pakistan.

It’s a live-action documentary, with you as a central character. The questions and answers are disturbingly lifelike. In the end, the decision is up to you. I’m going to keep my decision secret. You decide for yourself.

The through-line in all three of the projects I explored: they were both virtual and physical in some way. Augmented reality with storage boxes, a customs exam room, or physical haptic chair.

So if you plan a visit to Tribeca, read about the projects in advance, and choose the ones that interest you. There’s probably going to be a wait, so get your name on the list for exhibits that will give you a time slot (it’s worth planning ahead).

Based on the buzz, I’d say also try not to miss
“Arden's Wake: Tide's Fall,” “Jack: Part One,” “Dinner Party” and “The Day the World Changed.” Plus, of course, the three that I shared above.

The 2018 Arcade lineup includes 21 world premiere VR and AR exhibits, as well as five of Tribeca's in-competition Storyscapes experiences. It's open to the public through April
28 at the Tribeca Festival Hub on 50 Varick St.,New York. Tickets can be purchased for $40 on the program's site here.