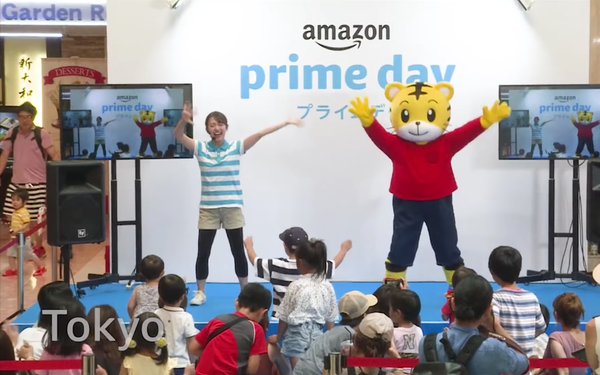 Despite a rocky start, Amazon says its fourth Prime Day set records as the biggest sales day in its history. The company says Prime members around the world ordered 100 million products, devouring everything from specials on organic strawberries at its Whole Foods Markets to Fire TV Sticks with Alexa voice remote.

But curiously, one of Prime Day’s biggest winners is …  Target. The Minneapolis-based retailer says its one-day sales event, which it billed as a “no membership required” extravaganza, led to its highest single day of sales and traffic, with deals on small appliances, beauty and personal care products, baby gear and electronics among the fastest-selling. Besides special sale prices, it also shaved 5% off purchases made on its credit card, and free two-day shipping for orders of $35 and over.

The Seattle-based Amazon says its sales topped Cyber Monday, Black Friday and last year’s Prime Day, when comparing 36-hour periods. And without saying how many, it says it also signed up more new Prime members on July 16 than any day in its history. (Earlier this spring, it said Prime membership had topped 100 million.) It’s also reporting that small and medium businesses that sell on Amazon “far exceeded” $1 billion in sales.

Whole Foods, included for the first time in Prime Day, figured prominently into the strategy, with members who spent $10 in stores getting $10 to spend on Amazon for Prime Day.

Prime Day got off to a rough beginning, as technical outages steered many customers to its 404 pages, which had thoughtfully been linked to some of the best-looking dogs of Amazon employees. And some 1,800 workers in Europe went on strike.

Besides its impact in terms of sales — Bloomberg Intelligence estimated it would generate as much as $3 billion in sales this year — Prime Day is also becoming a major digital ad event, reports BIScience, a global competitive media intelligence platform. By its reckoning, Prime Day sparked far more desktop display ad impressions than it did last year, including 566.3 million non-house ads, and 1.67 billion house ad impressions.

Walmart used the occasion to show that it doesn’t intend to be overshadowed in the e-commerce world, either. The Bentonville, Ark.-based retailer announced a five-year partnership with Microsoft Corp., aimed at accelerating its digital transformation, using it as its strategic cloud provider.