T-Mobile/Sprint Would Compete With Cable ISPs If Merger OKed 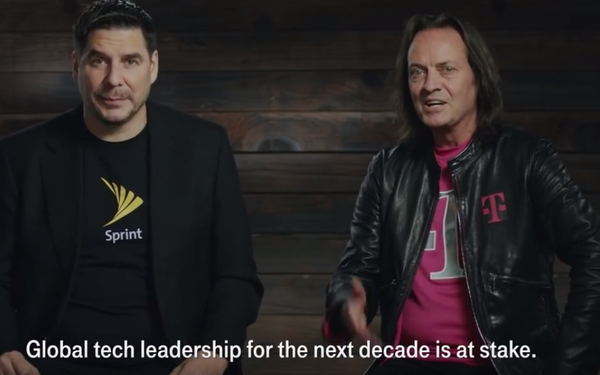 T-Mobile plans to compete with existing Internet service providers (ISP) like cable giants Comcast and Charter if the FCC allows it to merge with Sprint, according to a document that G. Mike Sievert, T-Mobile’s president and COO, filed with the Federal Communications Commission earlier this week.

That plan might make the idea of the merger more attractive to regulators who question if even more consolidation among wireless carriers would harm consumers. Verizon and AT&T are much larger than Sprint and T-Mobile.

But while it would remain as a wireless player in mobile phones, T-Mobile first said in June that it could become the fourth largest ISP in homes and businesses — so-called “fixed” wireless — if the merger is approved.

In its latest filing with the regulatory agency, first reported by FierceWireless.com, it explained in more detail how this could happen.

Sievert explained to the FCC that right now 79% of U.S  households have one or less options for high-speed broadband while48%  lack a choice for in-home broadband exceeding 25 Mbps.

That “lack of competition has harmed consumers who remain extremely dissatisfied with the high price and poor customer service they receive from their in-home broadband provider,” he said.

The entry of the “New T-Mobile” into that market would “change this competitive dynamic,” and  “The combined company will be able to offer this service to over 52%  of zip codes across the county….In addition, New T-Mobile expects to utilize caching and other network optimization techniques to increase the number of households that can be served.”

Interestingly, Sievert implied T-Mobile’s home Internet service would be less expensive because households would become do-it-yourselfers for the new 5G service. “Unlike other in-home broadband offerings, the wireless nature of the offering will also provide customers with the choice of avoiding installation appointments and related charges as they will be able to self-provision the necessary in-home equipment.”

Sievert takes a polite poke at cable companies that are often vilified by consumers over their repair and installation calls, positioning T-Mobile’s entry into the field as a way to improve service for all.  “This care model should force traditional providers to improve the poor customer service that has plagued the in-home broadband marketplace for many years,” Sievert told the regulators.