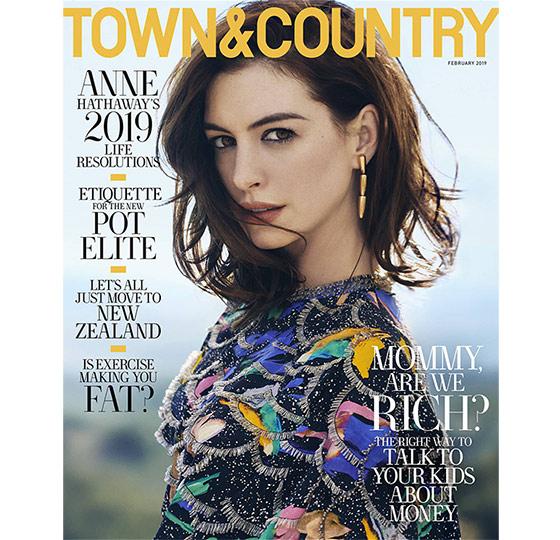 Next week, Town & Country and Saks Fifth Avenue will present the second annual jewelry awards at Top of the Standard, reports WWD.

The event, taking place January 24, will honor the winners announced in the February issue of Town & Country, with awards presented by Kelly Ripa, Doutzen Kroes and Adam Rippon, among other notables.

The winners were chosen by a panel of designers, collectors, editors and influencers across 12 different categories.

Winner include De Beers, Chopard and Cartier, with Van Cleef & Arpels taking the award for Legend of the Year and Bulgari Wild Pop topping Collection of the Year.

Tiffany won for Philanthropic Collection of the Year for its endangered-species themed line that donated 100% of profits to the Wildlife Conservation Network.

The magazine’s editors stated in the winners’ introduction: “Here at T&C, which has covered the jewelry world for close to two centuries, we believe there has never been more talent in the field than there is right now.”

Tracy Margolies, chief merchant of Saks Fifth Avenue, noted in the story that jewelry is an important area for the company, adding that Saks is excited to show its support for designers and brands.

According to the report, Saks launched the first phase of its jewelry case renovation at its flagship story in 2018. The second phase is underway. Named The Vault, its launch has not been assigned a date.

Separately, Essence Communications has leased a 29,000 square foot space in Brooklyn's Industry City for 10 years, intending to establish headquarters there. A moving date has not been announced.

The company, which was acquired by Richelieu Dennis, founder of Sundial Brands, in 2018, is headquartered in a different building in Industry City.