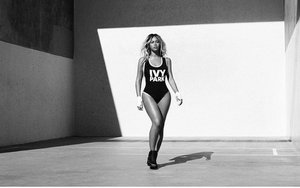 On the heels of Adidas’ announcement of a high-level partnership with Beyoncé, there’s some drama in the beyhive, with reports that the singer walked out of a Reebok meeting because of its lack of diversity.

The buzz started with ESPN reporting that Beyoncé initially held meetings with Under Armour, Nike’s Jordan, and Reebok, which is owned by Adidas. But ESPN says the star walked out of a Reebok presentation because of its lack of diversity.

Reebok isn’t having that version of events, telling TMZ the report is “categorically false. Our discussions with Beyoncé and her team continued for several months after our initial meeting.”

Either way, the dust-up illustrates just how much influence stars like Beyoncé now wield, challenging corporate structures to put more muscle into their efforts to diversify. More than 126 million people follow her on Instagram, while just 23 million follow Adidas, and 2.3 million follow Reebok.

Adidas’ announcement emphasizes how committed it is to breaking down stereotypes. Adidas says the partnership will include “meaningful and rich storytelling,” building a “unique purpose-driven program focused on empowering and enabling the next generation of athletes, creators and leaders.”

Beyonce and Adidas will collaborate not just on performancewear, but also on the relaunch of Ivy Park, the athleisure line initially launched in 2016, in partnership with Topshop, the London-based fast-fashion chain. But after CEO Sir Philip Green was named by Parliament in an investigation involving racial abuse, sexual harassment and bullying, she bought out the line.

And just in time for music festival season, Levi’s has tapped model Hailey Bieber as the new face for its signature 501 jeans.