Old Sitcoms Never Die, Nor Do They Fade Away 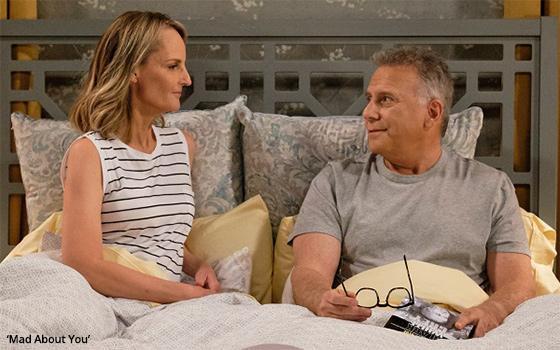 The old NBC sitcom “Mad About You” came out of the same era that produced “Seinfeld,” “Frasier” and “Friends.”

Those sitcoms preceded or coincided with a handful of other sitcoms from a decade ago (or more) that went on to achieve a high degree of ubiquity, thanks to rerun syndication -- “Everybody Loves Raymond,” “The King of Queens,” “The Nanny” and even “The Golden Girls” (and more recently “The Big Bang Theory” and “Two and a Half Men”).

Not that there is anything wrong with that. Many have classified various TV shows as akin to comfort food. And if we expect the new “Mad About You” in 2019 to look the same as the old one, then so be it.

Of all of the vintage sitcoms mentioned above, it is “Frasier” that comes up again and again in conversations, with friends mentioning that they have recently binge-watched it on Netflix or Cozi TV, which runs four consecutive episodes every weeknight.

tv
1 comment about "Old Sitcoms Never Die, Nor Do They Fade Away".
Check to receive email when comments are posted.
Next story loading