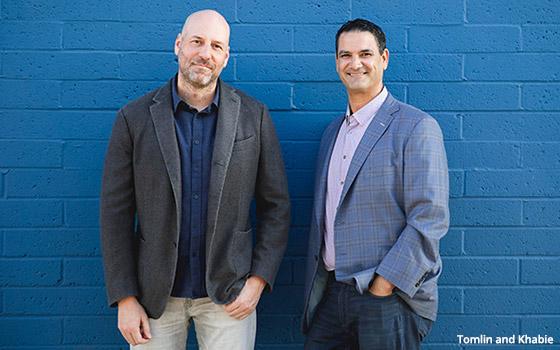 “This is about designing new models that maximize our clients’ interactions (both internally and externally), creating an efficient and time optimized ecosystem that supports their growth and future relevance,” says Tomlin. “I have been at the center of entrepreneurship and scaling large companies my entire career. CourtAvenue will effectively serve as the bridge between both.”

Both founders say their company is designed to meet the need for new business models to better support clients. Although each spent years in the trenches of holding companies and traditional agencies, they understand RFPs seek less “advertising” or project-specific work in favor of more nebulous assistance to achieve growth and success.

As such, CourtAvenue is designed to be a partner for any and all client interests. “People really like how we are open to anything,” says Khabie, adding his company seeks to be flexible and agile.

As part of this customization, the shop will embed its team of software engineers and developers within an organization to examine and overhaul both employee and customer-facing applications, resulting in bespoke applications and services.

CourtAvenue is currently in final discussions with several clients, but Tomlin and Khabie say potential opportunities range from an automotive brand looking to expand its digital ecosystem to a retailer that is integrating in-person, computer-based and mobile operations (and helping with cloud migration) to a large consumer electronics company wanting to reinvent the way they work with agencies to drive speed, efficiency and innovation.

Their first priority, however, is developing the proper internal framework. “Frankly we are only as good as who we hire,” says Khabie. Their company is designed to attract tomorrow’s best talent which means they are forgoing a big office in a large city in favor of smaller satellites placed where people want to live. For now, CourtAvenue has outposts in Austin, TX and San Diego, CA. “We only have one chance to build the right structure,” explains Khabie.

Kahbie and Tomlin were both colleagues and friends at WPP (which owns both Mirum and Rockfish), and CourtAvenue serves as a perfect mix of their talents and experiences, they say.

Khabie’s background includes the formation of San Diego-based digital agency Digitaria, which was acquired by WPP’s JWT in 2010. While there he also oversaw the development of the global digital agency network Mirum.

They have high expectations for CourtAvenue “This is not a build and flip story,” quips Tomlin.

The company’s name selection underscores their plans for disruption as it is named for the first paved road in the U.S. “We honor the innovation of its namesake by radically enhancing the end-to-end digital experiences of organizations and their stakeholders,” they say.