Galvanized Media Hires Faye Brennan As EIC, 'Eat This, Not That!' 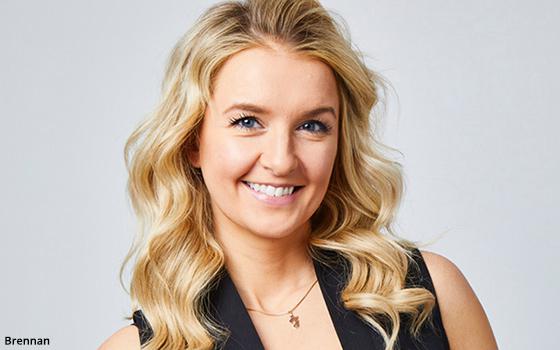 Faye Brennan has been named editor-in-chief of Eat This, Not That!  Galvanized Media also owns the Best Life digital brand.

Previously, Brennan was the sex & relationships director for Cosmopolitan.

"After almost 10 years in the sex and relationships space helping people find love, I am ready to take on an exciting and crucial new challenge: helping others fall in love with healthy eating," stated Brennan.

Prior to Cosmopolitan, Brennan served as the head of sex & dating at Elite Daily and senior editor at Women's Health.

Galvanized Media says it hit a record audience last month, attracting more than 10 million readers in January across its brands, according to Google Analytics numbers.

Eat This, Not That! brought in 4.5 million users.

Best Life was originally created by David Zinczenko, Galvanized’s CEO, as a men's magazine at Rodale in 2004. Its print product shuttered in 2012, and the site was relaunched in 2017 by Galvanized Media, a company created by Zinczenko, as a healthy lifestyle site for both men and women.

Eat This, Not That! continues to produce a magazine in partnership with Meredith Corp.

According to the New York Post, Galvanized, which has 35 employees, plans to launch two digital sites this year: Travelicious, a travel destination site, and The Remedy, a health site focused on the personal stories of people fighting illnesses.