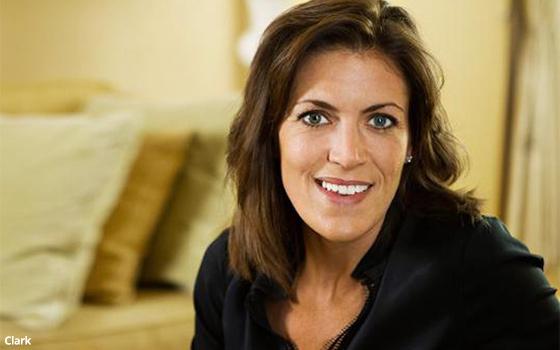 Clark, currently global CEO at Omnicom’s DDB will succeed Tim Andree in the roles, although he will remain executive chairman of DAN and Clark will report to him, the company said.

Clark has led DDB as CEO since February 2018 after joining the agency two years earlier.

Previously, she held senior roles at Coca-Cola and AT&T.

Just last week Dentsu said that Andree was returning to work after a medical leave that began in early February. At the time, the firm said Andree would make a gradual return, first assuming board duties before stepping back in to active management of DAN. But apparently his return to his previous roles was not intended to be long term — he is credited with leading the search that led to Clark being named as his successor.

Andree issued this statement: “Following a thorough and considered global search, I am happy to welcome Wendy as our new CEO and look forward to working together to drive our ambitious agenda forward. With her combined experience of walking in the shoes of the client, coupled with her leadership in running a large global creative agency network, Wendy is the stand-out choice for the role.”

Noting the challenged circumstances wrought by the COVID-19 crisis Andree added: “Wendy will join us as the world is emerging from a period of unprecedented challenges. I am confident that her strong leadership style and comprehensive experience will inspire our people, connect with our clients to help drive their brands forward and continue our focus on providing integrated global solutions.”

“While Wendy’s timing is unfortunate as our people and clients are struggling with the fall-out of COVID-19, the network is in more than capable hands with Chuck leading the business,” stated Wren.

“For the twelve years that Chuck ran DDB, he helped build it into a creative powerhouse. I have the utmost confidence in his leadership, especially in these uncertain times, to steer DDB to new growth as we look for new leadership.”