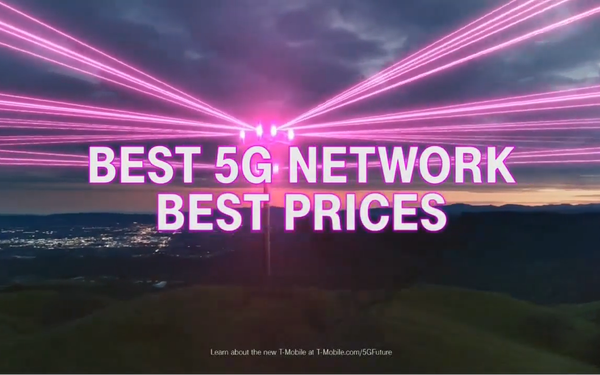 An industry watchdog has reiterated its opinion that T-Mobile ads boasting about 5G service could create the impression that the new mobile broadband network is imminent.

The decision, which stems from a challenge by AT&T, centers on a TV and a radio ad.

In the TV ad, which ran last year, T-Mobile boasted that its recent merger with Sprint will result in the “best 5G network” and that the company offers the “best prices.”

A radio ad for the company also bragged that T-Mobile and Sprint were “joining forces” and “building America’s largest, most reliable 5G network.”

The National Advertising Division of BBB National Programs says the ads convey the message that the merger's benefits “will be imminently realized by consumers,” even though T-Mobile and Sprint won't fully integrate for three-to-six years.

“One of the messages that consumers could reasonably take away from the challenged television and radio commercials is that T-Mobile’s merger with Sprint will provide its customers with network performance and pricing benefits that are imminent,” the watchdog wrote.

The TV ad -- but not the radio spot -- was the subject of a similar challenge last year by Verizon. That matter also resulted in the National Advertising Division recommending revisions to the ad.

The watchdog largely reiterated that earlier decision in its new opinion, which concluded that some of T-Mobile's claims were only aspirational, but that consumers “could reasonably interpret T-Mobile’s 'best price' claim to mean that T-Mobile will guarantee that its prices will be lower than its competition in both the near and remote future.”

The organization recommended that T-Mobile “modify its aspirational message to avoid any implication that these promoted benefits resulting from the Sprint/T-Mobile merger will be imminently available to the vast number of T-Mobile customers.”

T-Mobile said it disagrees with the decision, but won't appeal because it stopped running the ads last July, according to the opinion.