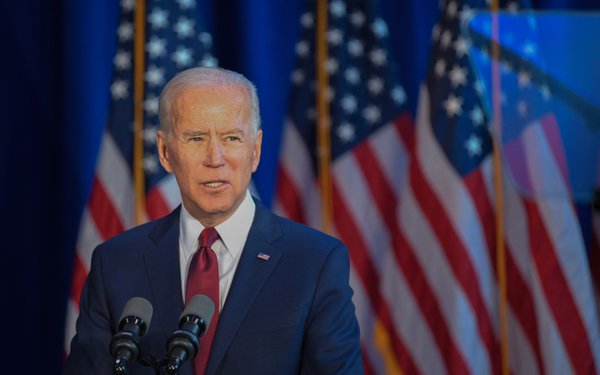 “The American information technology sector has long been an engine of innovation and growth, but today a small number of dominant Internet platforms use their power to exclude market entrants, to extract monopoly profits, and to gather intimate personal information that they can exploit for their own advantage,” the order on “Promoting Competition in the American Economy” states.

One of the order's numerous provisions urges the FTC to consider issuing regulations regarding “unfair data collection and surveillance practices that may damage competition, consumer autonomy, and consumer privacy.”

Another provision urges the FTC to consider issuing rules regarding “unfair competition in major Internet marketplaces.”

A portion of the order related to broadband policy urges the FCC to consider restoring the Obama-era net neutrality rules, which prohibited providers from blocking or throttling traffic, and from charging higher fees for prioritized delivery.

“Big providers can use their power to discriminatorily block or slow down online services,” the White House stated Friday in a fact sheet regarding the order's net neutrality provisions.

“The Obama-Biden Administration’s FCC adopted 'Net Neutrality' rules that required these companies to treat all internet services equally, but this was undone in 2017,” the White House added, referring to the Trump-era FCC's decision to revoke the open internet rules.

The order also urges the FCC to consider requiring providers to disclose key information about pricing in a standardized form, comparable to the “nutrition label” that appears on packaged food.

In April of 2016, the FCC proposed that broadband providers do so, and unveiled a sample template for those disclosures. At the time, the net neutrality rules required broadband providers to make transparent disclosures about a host of matters related to price, but didn't require use of any particular format.

The following year, Ajit Pai, then chairman of the FCC, dropped the proposal.

Additionally, Friday's order encourages the FCC to prohibit broadband providers from making deals with landlords that would only leave tenants with one potential service provider, and to restrict carriers' ability to charge “excessive” early termination fees.

“Every American should have high-quality, affordable broadband,” Starks stated Friday. “Today’s Executive Order spotlights the values that should drive our work toward that goal: affordability, fairness, competition, innovation, and consumer choice.”

Senator Ed Markey (D-Massachusetts), a long-time net neutrality proponent, praised Biden's call for the FCC to reinstate the prior rules.

“The COVID pandemic has highlighted what we already knew: broadband isn’t a luxury. Like running water and electricity, it is an essential utility that everyone needs,” Markey stated Friday.

The lawmaker, who first introduced open internet legislation in 2006, added that he plans to again propose that Congress mandate net neutrality.

The lobbying group USTelecom, which challenged the Obama-era rules in court, made clear Friday that it will oppose additional regulations.

“To look back on the last 15 months and the explosion of streaming, zooming, distance learning and digital transformation -- made possible by the world’s best performing and most resilient networks -- and conclude that America has a net neutrality crisis is neither a credible nor productive policy debate 15 years on,” the group stated Friday.