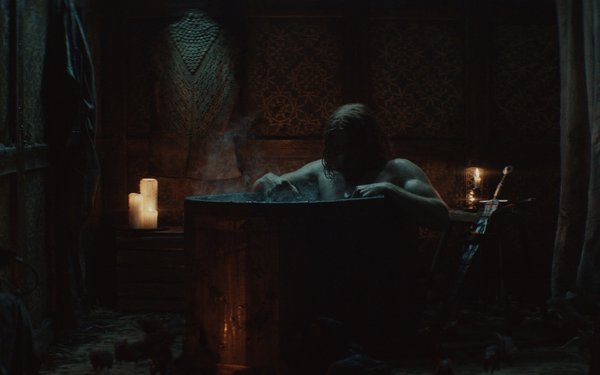 Ever wondered what ye olde armpits smelled like back in the medievalesque era of “The Witcher,” Netflix’s monster hit coming back for its second season?

Yeah, probably not very good. So in its first collaboration with Netflix, Old Spice is looking for some laughs with a lighthearted musical spoof meant to enchant “The Witcher” fans.

Called “Ode to Smell,” it’s a comical lamentation that since Old Spice hasn’t yet been invented, “everyone smells quite awful.”

The hit series is “a natural fit for the brand to tell the story of how the smelly world of ‘The Witcher’ was without Old Spice, which was still 700 years in the making,” says Matt Kriehbel, brand vice president of Old Spice, in an email.

He tells Marketing Daily that as the company began working with Netflix, “we narrowed down the best-fitting properties and landed on ‘The Witcher,’ which is such a beloved property.”

The campaign also offered the opportunity “to tell a unique story through engaging and authentic content, including Witcher-scented deodorants.”

Those includes limited-time product offers, with three “good” smells, such as “Yennefer’s Underarm.” (For the uninitiated, Yennefer is an attractive sorceress.) And there are three dreadful ones, including “Geralt’s Bathwater” and “Kikimora Corpse.”

The video stars a character known as the councilman, played by actor David Broughton Davies, conducting a chorus of tavern peasants.

Weiden + Kennedy is the ad agency. Old Spice and Netflix funded and produced the spot.

The campaign is also using a Reddit bot that Old Spice says will make it the first CPG brand in Reddit’s history with a custom promoted chatbot. Known as U/SmellyBardBot, the chatbot takes on a personality like the show’s traveling bard.

“The Witcher” is one of Netflix’s most popular shows, although its popularity has been surpassed by both “Bridgerton” and “Squid Game.”

Kriehbe says the brand went into the partnership knowing that there might be limits to the crossover between the typical Old Spice customer and Netflix’s hard-core monster-lovers.

The campaign “blends the sensibility of both brands with smart, over-the-top humor. We are confident that those who have not yet seen the show will want to dive into the exciting world of The Witcher, while Witcher fans will want to catch those long-lasting scents of Old Spice.”

In other Old Spice news, the company has recreated its popular “Men Have Skin Too” campaign for Spanish-language audiences, tapping telenovela star Angélica María, alongside Arath De La Torre and Adriana Morales, to star.

Working with Univision, the company shot the film in classic telenovela style, blurring drama and comedy to address the problem of women who pilfer men’s grooming products.