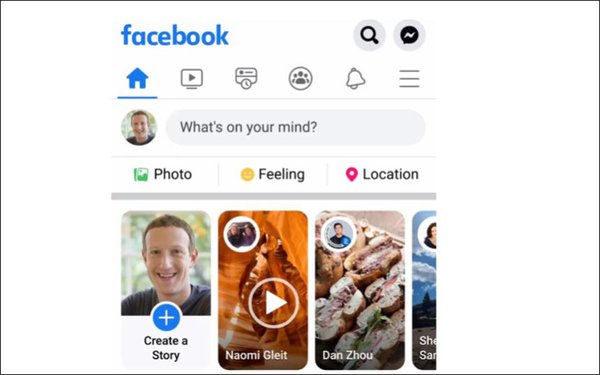 Meta dropped a bombshell on Thursday, unveiling a radical remake of Facebook that sidelines its traditional friends and family social networking in favor of putting third-party creator videos and ecommerce front and center.

In an effort to emulate TikTok, which has been increasingly successful at stealing both users and advertising away from Facebook, the app’s default Home screen now features a vertical display of algorithimically-suggested public content — mostly short-form third-party videos — and provides easy access to Facebook’s Reels videos and its Stories content.

Posts from family and friends are now relegated to a new “Feeds” tab located on the app’s shortcut bar.

“One of the most requested features for Facebook is to make sure people don't miss friends' posts,” he tweeted in announcing the app’s redesign. “So today we're launching a Feeds tab where you can see posts from your friends, groups, Pages and more separately in chronological order. The app will still open to a personalized feed on the Home tab, where our discovery engine will recommend the content we think you'll care most about. But the Feeds tab will give you a way to customize and control your experience further.”

In addition to a full-blown frontal attack on TikTok, Meta has made a strategic decision to reduce its legal and regulatory exposure by pivoting away from news and relying less on social networking advertising, to focus more heavily on ecommerce and intent-based search advertising by becoming a shopping and entertainment app.

Giving users more control over the content they see is a retreat from Facebook’s 2018 move to change its algorithm to prioritize posts that drive maximum engagement — including controversial posts, as well as content from friends and family.

That backfired by helping to drive a growing body of privacy legislation, as well as the Apple iOS privacy opt-in that has hurt Facebook’s targeting capabilities and ad revenue.

“Facebook's experience will begin to look and feel much more like a content and product discovery engine than a social networking site,” notes Axios. “Facebook spent years building the world's biggest social graph across nearly 3 billion users globally. But that data, which used to be considered Facebook's biggest asset, has become a liability amid global privacy crackdowns.”

Meta already removed “News” from the name of Facebook’s Feed. This week, the company confirmed to staff that it is shifting resources away from its news offerings, and Axios sources said Meta does not plan to renew the $90 million worth of news licensing deals it’s made with publishers over the last three years.

The Facebook changes will roll out globally over the next week on Facebook’s mobile apps and kick in on desktop and browser versions later in 2022.