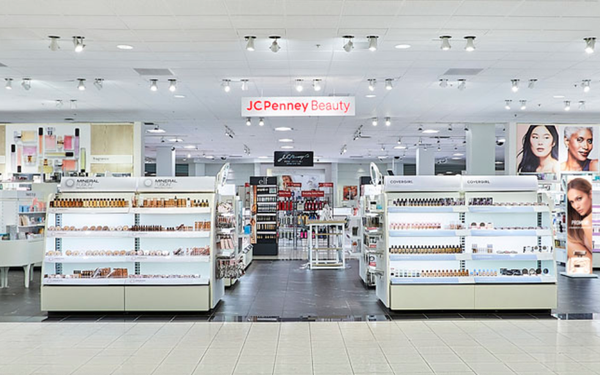 JC Penney is spreading its multicultural wings, rolling its “hyper-inclusive” assortment into more than 600 locations by spring 2023.

The effort builds on the partnership it started last year with Thirteen Lune, an ecommerce destination based on BIPOC-founded beauty brands. It also helps the retailer get closer to developing a new beauty personality of its own, following its long and messy separation from Sephora.

For years, Sephora, which has since moved on to a similar partnership with Kohl’s, was the bright spot in Penney’s otherwise depressing results. The collaboration between the two companies formally ends next year, just as JC Penney rolls in the new format.

JC Penney, currently based in Lewisville, Texas, has been piloting the new format in 10 stores. It plans to move it into 300 stores by early next year, reaching 600 stores by spring.

The complete product range is available online now, and the company plans to introduce a preview of top beauty products in all stores for the coming holiday season.

Penney, which emerged from bankruptcy last year, is now owned by Simon Property Group and Brookfield Asset Management, and the new beauty department will pair with 600 fully rebranded JCPenney Salons.

In a press release announcing the change, Michelle Wlazlo, executive vice president and chief merchandising officer, said the company will benefit from “a fully ownable beauty experience. JCPenney can quickly adapt and respond to our customers’ wants and needs. Last year’s preview launch allowed us to learn from our customers and evolve the JCPenney Beauty experience as it expands nationwide and online, making it unlike any other beauty retail experience.”

Creating differentiated beauty experiences is an ongoing challenge for retailers, competing against powerhouses like Sephora, Ulta and thousands of D2C brands.

Target has responded by forging its own marriage with Ulta, pledging to have 800 shops in its stores by the end of this year.

Online, JCPenney is looking to forge its path with expanded virtual makeup try-on features and a skincare quiz.

It is accelerating its expansion, adding nearly 100 new brands, with 60 of them BIPOC- and/or female-founded.

Thirteen Lune’s assortment at JCPenney Beauty has doubled, growing to 65 BIPOC-founded and ally brands. These include EleVen by Venus Williams, MinttyMakeup, Buttah, Wander Beauty and Vamigas.