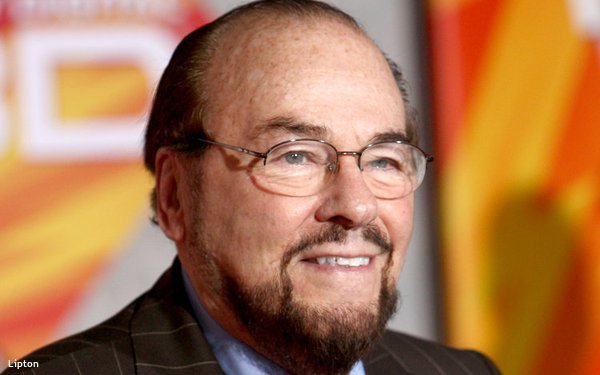 Editor's Note: In memory of "Inside The Actors Studio" founder/host James Lipton, we are republishing this interview Lipton conducted with former Carat chief David Verklin at a MediaPost conference in 2007.

In an unusual, probing conversation conducted Tuesday by James Lipton of "Inside The Actors Studio," Carat chief David Verklin revealed surprising bits of his personal side including the fact that he is a chronic insomniac, loves video games, would like to have a Second Life avatar that is a muscle-bound, tattooed "barbarian," but who in real life is a "quiet Christian" with a strong sense of faith who started a congregation with services in his backyard that has grown to 400 and is about to build a sanctuary in his hometown of New Canaan, CT.

The interview, which was conducted a la Bravo's popular "Inside The Actors Studio" format, took place during the luncheon session of MediaPost's OMMA New York conference, replete with questions about Verklin's "turn-ons" (competition) and favorite curse word ("son of a bitch"), also revealed that Verklin's favorite film is "The Godfather" (parts one and two), which he uses as an instructional business movie for his troops at Carat.

The discussion took on some serious overtones when members of the audience asked questions, including IAG Research's David Marans, who asked what Verklin and Lipton saw as the biggest problems in the media business today.

"I really worry about the person on the other side of the desk," Verklin said, referring to his clients, and the fact that rapid turnover in marketer ranks is leading to a brain drain in knowledge about the media business.

The Emmy-winning program creator Lipton, in turn, used the question as an opportunity to criticize a trend that is blurring the line between program content and advertising messages on the viewer's TV screens.

"I know this is an anathema to people in this room, but they speak in our business about the bottom third of the screen," Lipton said, referring to network business executives. "The bottom third belongs to us."

Lipton said "incursions" such as advertising and promotions increasingly are popping up during critical moments of programming content, and asked the audience to "please exercise some restraint" in their role in such decisions."

He added that executives at Bravo and parent NBC Universal, however, "have been wonderful" in their restraint.

On a personal note, Verklin indicated that the pressures of management and excessive business travel have begun to cut into his personal life, and that he gets far too little time to relax with his family. When he does, he says he enjoys playing video games with his sons and taking them to historic American battlefields.

Despite these pressures, he said he was able to co-author his new book "Watch This, Listen Up, Click Here," but "stealing time" in the wee hours or during business travel. He described the process as "an enormous challenge," but said he was compelled to write it to help the "everyday person" understand the complexities of the media business, and how business decisions affect the media content they are exposed to.

"The book is really not written for this audience. It's written for your mom or your dad or your sister or the person who really doesn't know what we in this business do. It's a book I'm hoping to educate the everyday Joe on the street how this business works," he said.

Lipton also has a new book, "Inside, Inside," which is a personal memoir behind the scenes of "Inside The Actors Studio," which publishes on Oct. 28.

The interview also included Lipton's trademark rapid-fire question session, and here's how they were answered:

Turn off? "Lack of appreciation and bad manners."

Sound he most loves? "Daughter's laughter and sound of a cash register ringing."

Sound he most hates? "Sound of alarm clock."

Profession other than his own he would want? "Archeologist."

Profession other than his own he wouldn't want? "Dentistry," "Like my father."

If God exists, what would he say when Verklin arrives? "We've been waiting for you to get here," ... "We'll be right back after a moment from our sponsor."