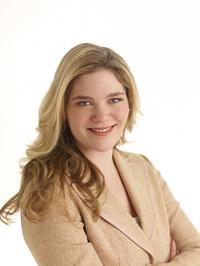 Aliza is the founder and CEO of SheSpeaks (www.shespeaksinc.com). She leads the influencer marketing & media platform SheSpeaks that partners with brands to create engaging content that is amplified at-scale to millions. The SheSpeaks platform reaches over 300 million consumers monthly. SheSpeaks also operates its own social handles with over 300,000 reach including video platform, SheSpeaksTV. Cynopsis Media named Aliza to the Top Woman in Digital list while PR Week made her one of the Innovation 50. Prior to SheSpeaks, Aliza was an executive at American Express, where she led worldwide brand innovation initiatives including product management, new product development & co-brand partnerships. Aliza holds an M.B.A. from Columbia Business School and has been featured on ABC News, MSNBC, Good Morning America and in Forbes, The Wall Street Journal, New York Times and The Economist. She lives in New Jersey with her husband, two awesome daughters and two rambunctious Labrador Retrievers.