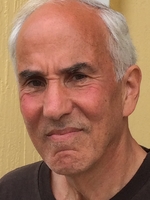 John Motavalli has written for the New York Times, New York Post, USA Today, Adweek, TV Week, Inside Media, Success, Interview, and many other periodicals. He is the author of Bamboozled at the Revolution, (Putnam Penguin), a definitive account of the fatal collision between the Internet and major media.