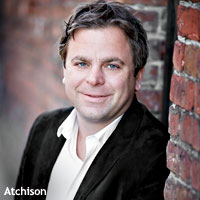 WPP is bulking up its Possible Worldwide digital agency with the addition of some new executive firepower and added resources.

Shane Atchison has been appointed PWW’s new CEO. And the agency that Atchison co-founded 14 years ago--ZAAZ -- is being folded into PWW while retaining the ZAAZ brand identity. He will continue to directly oversee ZAAZ.

Trevor Kaufman, who had been PWW CEO, steps up to become chairman of the agency. PWW is known for its digital creative work.

PWW was formed in 2011 when WPP merged several of its digital shops, including Blue, Bridge Worldwide, Schematic and Quasar. Until now, the network operated through 18 offices in nine countries to deliver digital ad campaigns and other services for clients including Procter & Gamble, Dell, ConAgra and Mazda. Separately last year, the network strengthened its Latin American offering with the acquisition of Brazil-based creative digital shop Gringo.

The addition of ZAAZ gives PWW 23 offices and an additional 200 people for a total of 1,200 staff worldwide. The combination gives PWW an expanded footprint that now reaches Seattle, Portland, Chicago and Helsinki.

WPP purchased ZAAZ five years ago for its analytics and performance marketing expertise and paired it with Wunderman. The two shops will continue to work together closely, WPP said.

“The strengths in analytics and performance marketing that we bring from ZAAZ will serve as a great complement to Possible's existing service offerings,” stated Atchison.

Mark Read, CEO of WPP Digital, said Atchison was charged with making Possible Worldwide into “an even stronger global network.”