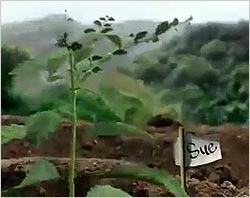 Which brands lead in social engagement -- and most important, what do they share in common?

A new study from analytics-driven advertising research firm PhaseOne Communications, presented at the Advertising Research Foundation’s Re:think 2012 event on March 27, sheds light on both of those questions.

The study, conducted between July 2011 and January 2012, found Starbucks to be #1 in social engagement across the 22 top brands in six vertical markets that were analyzed, based on three distinct engagement metrics: Klout (online influence/”stickiness”), NetBase (online sentiment), and Facebook “likes.”

What sets these brands apart in the social space? The key factor is that their messaging across all contact points consistently reflects and conveys an “idealized self” or “Me Statement” embodied by the brand -- the reason that users want to be associated with it.

The reality is that most social media users choose to keep many aspects of their private selves private –- the aspects that don’t necessarily jibe with the idealized version of themselves they want others to perceive and pass along (in essence, their own private “brands”).

What draws people to affiliate publicly with a product or service brand is the desire to send a message to those in their social networks about how they want to be perceived -– their “Me Statements,” PhaseOne’s analysis shows.

For brands, this means that messaging that taps into users’ private selves or private motivations may well drive sales, but won’t necessarily drive social media engagement.

Indeed in the study, “none of the brands that tapped into users’ private selves scored in the top category of social engagement,” reports Lisa Allard, VP of special projects for PhaseOne. “Rather, we found that users engage with a brand in social media based on how they want to be perceived.”

Allard supplies a personal example. While she loves to cook, and reads sophisticated cooking magazines and blogs, the reality is that juggling her professional life and family responsibilities means that she uses easy-to-prepare, microwaveable packaged foods on most weekday nights. “But I am not leading the charge to ‘like’ those [packaged foods] sites on Facebook,” she says. “My public self ‘likes’ sites like Epicurean.”

And while sales are obviously the ultimate goal, social media support that goal by reinforcing existing customers’ idealized public perceptions and motivating others to realize the same benefits by becoming part of the brand’s community/customer base.

Assuming that the “Me Statement” is “simply an aspirational or positive idea about the consumer” is an oversimplification, says Allard. “It’s more complicated than that. In a successful ‘Me Statement,’ the brand is so wholly integrated into the message that the brand itself becomes the reflection of the idealized self,” she explains.

It’s rare, Allard stresses, “that a brand can just happen upon the ‘Me Statement’ that captures its target’s idealized self as embodied by the brand. Identifying the right ‘Me Statement’ requires deep understanding of your target audience, as well as of your brand’s equity, in order to identify the right idea that can bridge the two. And the ‘Me Statement’ has to go well beyond establishing a social media team that adheres to a platform-specific message. It’s a strategic decision that must be echoed across all contact points.”

PhaseOne analyzed more than 250 variables across the 22 studied brands’ Web sites, Facebook pages and TV ads. The factor that most differentiated between brands with high and low social media engagement was the consistent presence/reinforcement of an idealized “Me Statement” benefit.

Starbucks’ messaging across all of its consumer touchpoints, for example, conveys a “Me Statement” that PhaseOne summarizes as: “I pursue experiences that are uniquely me.”

Starbucks engages Facebook and site users by tapping into that desire/idealized self image with interactive messaging/devices that appeal to their unique preferences. Its messaging asks questions such as “What’s Your Everylove Story?” and “Do you prefer Starbucks Blonde Roast, Medium or Dark?,” PhaseOne points out.

Similarly, a typical recent Starbucks TV ad, “Handcrafted for You,” appealed to that desire for a customized experience by showing a coffee plant being planted for an individual person, “Sue.” The ad goes on to show the coffee’s life cycle, from seedling to picking to production into coffee to shipping to its destination, with the name “Sue” shown at each stage -- culminating with “Sue” receiving a cup of coffee, with her name written on it, in her local Starbucks restaurant.

Audi’s “Me Statement,” in PhaseOne’s summary phraseology, is “I live a modern, cutting-edge and high-end lifestyle.” Example: Its “Goodnight” TV ad that uses a classic children’s story to convey that the Audi A8 says “goodnight” to outdated perceptions of what luxury cars are all about (“gluttony,” the “expected,” the “outdated,” the “stuffy”) and says “good morning” to all that epitomizes the new luxury, including “innovation” and “unequaled inspiration.”

McDonald’s’ “Me Statement,” sums up PhaseOne, is: “I am savvy; I know how to handle myself and get a good deal.” Example: Its recent TV ad showing a young adult male cannily sidestepping a potential argument with his female partner about how big a priority watching sports should be, while internally congratulating himself on his smarts for getting a great deal through McDonald’s’ Dollar Menu.

PhaseOne’s summary of the “Me Statements” of the other two brands found to be among the top five in terms of high social engagement: