Jam3 and Fathom Film Group launched a realistic, interactive online journey called The Defector: Escape from North Korea, which gives a haunting first-person glimpse of what it’s like for someone trying to escape North Korea.

The site serves as a companion to a feature-length documentary film of the same name, directed by Ann Shin.

The online component launched in advance of the documentary, which premiered at the International Documentary Festival of Amsterdam.

The stories on the site are based on true accounts of six North Korean defectors that bring viewers through prisons, jungles and crowded streets as they try to escape. As a voiceover explains what’s happening, viewers are given the option to watch additional videos and view photos about what it’s like to defect before continuing through seven chapters of content. 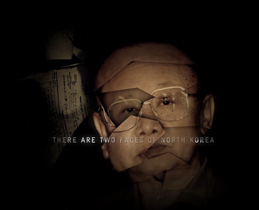 “We didn't want to create a trailer site for the film, or an interactive site that just uses content from the film,” said Adrian Belina, partner & creative director, Jam3. “We wanted it to be a unique experience on its own, one that users could engage with before or even after seeing the film.”

The site uses actual images and hidden camera videos from within North Korea, not to mention interviews from defectors, to illustrate the dangers they experienced at every moment.

According to Belina, the site took more than two years to create. “With documentary production, you have to go through several rounds of funding so there is a lot of stop and go. When we started the project, Kim Jong Il was still alive and in power.” 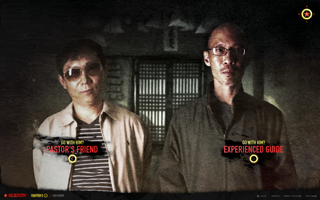 “It was challenging to make something like this into a web project because of the scarcity of visuals and assets,” said Shin. “We had dozens and dozens of interviews with defectors and footage smuggled out of North Korea to work with, but the quality of the footage overall was very poor. People are used to seeing high-resolution graphics in interactive projects, so we had to develop an aesthetic that would allow for the poor quality real footage, as well as allow for a gripping POV motion graphic style. If we had had the extra dollars I think we would have made this into a much more elaborate 'choose your adventure' kind of game, but we worked with the given budget to make it beautiful, dramatic, and as real as possible.”