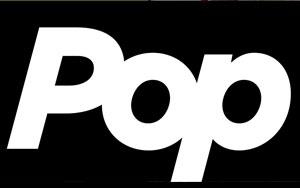 In the pre-cable, pre-DVR, pre-“always-on connection” era, the TV Guide network — with its onscreen scroll of channel programming — was the most interactive one could get when it came television. Your television was actually telling you what was on it.

But times change. And the need for a channel dedicated to programming information hasn’t existed for a while. So, TVGN, which has no real ties to the TV Guide brand beyond the screen beyond its name, will in January rebrand itself “Pop.”

“As the people running this [network], we don’t own the [TV Guide] magazine, and we don’t own the app, and we don’t tell the writers what to do,” says Brad Schwartz, president of media and entertainment for the network. “When you can’t control your name across all platforms, it’s an amazing opportunity to start again.”

With such an opportunity, the network could have started from scratch (as Style did when it became the Esquire network), Schwartz says. But the network felt there was an opportunity to go deeper into its roots as a hub for popular culture.

“It’s difficult to reinvent yourself. We decided to go the evolutionary route,” Schwartz tells Marketing Daily. “The thing that popped — for lack of a better word — was fandom … Celebrating the fun of being a fan felt like a smart evolution from what we are.”

Along those lines, the network is also launching a new slate of programming beginning in January. Among the new shows: “Rock This Boat,” in which die-hard fans of New Kids On The Block board a four-day cruise with the band; “The Story Behind,” which tells the origin stories of some of television’s most successful shows; and “Schitt’s Creek,” the network’s first-ever scripted show starring Eugene Levy and Catherine O’Hara. The network will also have extensive behind-the-scenes programming around the Grammy and Oscars award shows.

The network, which is a joint venture between CBS and Lionsgate and has distribution into 80 million homes, is targeting so-called “modern grown-ups,” Schwarz says, defined as people in their mid-30s to mid-40s, who came of age in the 1990s, but tended to marry later in life (so they still may have young kids at home), but identify heavily with popular culture.

“They’re people that enjoy pop culture and celebrity culture and want to be a part of that,” Schwartz says.