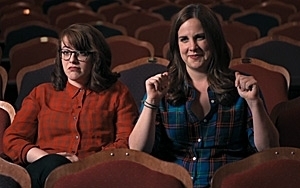 Photographs these days are much more than keepsakes. Thanks to social networks and handy camera phones, pictures have become a way to document daily life as a new form of self-expression.

Nikon is looking to capture some of this newfound photographic expression with a new campaign, “I AM Generation Image.” The effort is intended to show people how better equipment can lead to better self-expression.

At the center of the campaign is a Web site that will showcase content from a group of seven individuals (none of whom are professional photographers) as they use Nikon equipment to showcase their personalities and passions. “We wondered what would happen if we gave seven people with something to say, a better camera to say it with,” says an introductory video on the site. The Web site then gives consumers the opportunity to learn more about the photographers (who include a comedy team, a bike messenger and an activist) and view their photography galleries.

These participants will continue to upload images to their galleries and on social media using the hashtag “#IAMGenerationImage.” Nikon will also use its social media channel and the hashtag to encourage consumer participation beyond the seven featured storytellers.

Other promotional efforts in the campaign will include video ads, digital media on relevant Web sites, rich media and paid social media promotions. The campaign is expected to run between the end of 2014 through the spring of 2015.

“Each day we upload tens of thousands of images, making us the first generation to truly embrace pervasive visual communication," said Lisa Baxt, Nikon’s associate general manager of communications in a statement.” Generation Image was created to answer this need, and celebrates the stories of our lives and the important role that imagery plays in telling them.”