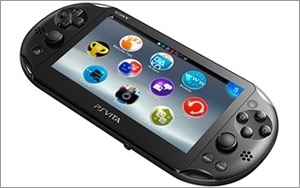 Deutsch L.A. deceived consumers with an ad campaign that involved asking employees to promote Sony's PlayStation Vita on Twitter, the Federal Trade Commission alleged in a complaint unveiled on Tuesday.

The FTC's astroturfing charges stemmed from a January 2012 email sent by Deutsch L.A. to employees, requesting that they tweet about the $250 gaming console.

“To generate buzz around the launch of the device, the PS Vita ad campaign will incorporate a #GAMECHANGER hashtag into nearly all creative executions,” the email allegedly said. “The campaign starts on February 13th, and to get the conversation started, we're asking YOU to Tweet about the PlayStation Vita using the #GAMECHANGER hashtag.”

The FTC alleged that employees subsequently used their personal Twitter accounts to make positive posts about the PS Vita.

For instance, one employee allegedly tweeted, “Got the chance to get my hands on a PS Vita and I'm amazed how great the graphics are. It’s definitely a #gamechanger!” according to the FTC.

The FTC alleged that the Twitter initiative was deceptive because the employees didn't indicate in their tweets that they worked for Deutsch. “This fact would have been material to consumers in their purchasing decision regarding the PS Vita,” the FTC says in its complaint. “The failure to disclose this fact, in light of the representation made, was, and is, a deceptive practice.”

Regulators also charged the agency with creating ads misleading television ads, which allegedly indicated that users would be able to pause games on PS3 consoles and pick up where they left off on the PS Vita.

Deutsch “failed to disclose that, to use this feature, consumers must own two versions of the same game for each console,” the FTC alleges. “This fact would be material to consumers in their purchase and use of the PS Vita. The failure to disclose this fact, in light of the representation made, was, and is, a deceptive practice.”

Sony also was charged with deceiving consumers in its ads for the PS Vita. The company agreed to offer refunds of either $25 cash or a $50 voucher for merchandise.

Deutsch agreed to settle all charges against it by promising that it won't in the future misrepresent the features of handheld gaming consoles. The agency also promised to disclose any material connections between an endorser of a videogame or gaming console and the marketer.

Not everyone thinks the FTC's complaint made out an iron-clad case against the ad agency.

Santa Clara University law professor Eric Goldman points out that the positive tweets by employees might have reflected their honest opinions — in which case the FTC's stance could mark an incursion on the employees' free-speech rights.

“The complaint seems to suggest these people could never tweet the hashtag #gamechanger without it being an ad,” Goldman says. But, he said, the allegations are consistent with other FTC statements condemning astroturfing. “The FTC hates inauthentic online content,” he says.

The allegations relating to the content of TV ads aren't unprecedented, but the FTC doesn't bring those kinds of charges against agencies every time a marketer runs a problematic campaign, Goldman says.

He adds that the charges raise questions about whether agencies are in a position to question marketers' claims. “Do we really expect ad agencies to properly police what their advertisers are saying?” he asks.