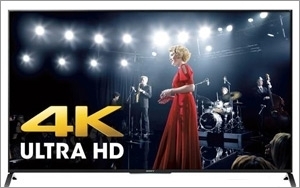 Activity around 4K television is heating up a bit.

A new study says global shipments of 4KTVs climbed over 3 million for the third quarter of this year -- now totaling 6.4 million units shipped for the year, according to IHS’ DisplaySearch. Analysts say new competition and lower pricing are the main reasons.

Most of the latest growth went to China. Overall, China has the highest share of 4K shipments of any region, at more than 13%. Western Europe comes next with 6% of all 4K TV shipments.

Overall, TV shipments were up 4% in the third quarter 2014 versus the same period a year ago.

Paul Gagnon, director of global TV research at DisplaySearch, stated: “Consumption for primary TVs is entering a renewed replacement cycle in some key regions, while adoption of larger screens and 4K and other higher resolutions will keep consumers upgrading.”

Earlier this month, DirecTV became the first U.S. pay TV provider to announce a 4K library — with limited offering. Comcast will start up 4K content at the end of this year.