Dove Campaigns To Restrain Nasty Tweets Against Women At Oscars 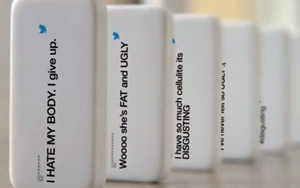 On Oscar night, Dove plans to push back against the standard onslaught of superficial -- and mostly female-focused -- scrutiny.

As stars hit the red carpet, on Sunday, the Unilever brand will encourage Twitter users to go easy on the fashion and beauty advice.

The #SpeakBeautiful initiative builds on Dove’s Campaign for Real Beauty, which has been challenging popular perceptions of feminine appeal for more than 10 years.

Jennifer Bremner, director of marketing at Dove, said the effort reflects the brand’s leadership position. “As a beauty brand … we believe it is our responsibility to inspire change for women on social media,” Bremner said. “With #SpeakBeautiful, we are asking women to consider the power of a single social media post.”

Based on keywords and other tracking analysis, Twitter will work with Dove to identify negative tweets before and during the awards show.

Not long after nasty tweets are posted, Dove plans to tweet non-automated responses, including “constructive and accessible advice” to encourage more positive online language and habits, according to a brand spokeswoman.

Dove’s response team includes “social media and self-esteem experts” who will be ready to fight the good fight in real-time.

Even more troubling, four out of every five negative tweets about beauty and body image are from women talking about themselves, according to research commissioned by Dove, and conducted by Danah Boyd, the social media guru and Principal Researcher at Microsoft Research.

“Women today are 50% more likely to say something negative about themselves, than positive, on social media,” according to Bremner.

Among other social media leaders, Twitter has come under fire for enabling verbal violence and bullying of all kinds. Even Twitter CEO Dick Costolo has acknowledged the problem. “We suck at dealing with abuse and trolls,” Costolo recently admitted in an internal memo. “I’m frankly ashamed of how poorly we’ve dealt with this issue during my tenure as CEO. It’s absurd.”

In its defense, the microblogging leader has endeavored to make its platform a safer, friendlier place for users.

Late last year, Twitter added improvements to its in-product harassment reporting and “block” features. It also set out to improve the reporting process for those users who observe abuse, but aren’t receiving it directly.

To achieve faster response times, Twitter has also recently made some back-end improvements to the tools and processes that are designed to review reported Tweets and accounts.
academy awards, social media, twitter, women
5 comments about "Dove Campaigns To Restrain Nasty Tweets Against Women At Oscars ".
Check to receive email when comments are posted.
Read more comments >
Next story loading