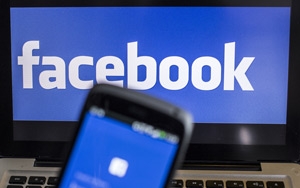 Unveiled on Wednesday, a new Instant Articles service will serve publisher content at a rate that is up to 10 times faster than standard mobile Web articles, according to Michael Reckhow, a product manager at Facebook.

Facebook has been doing a disservice to publishers and content-loving users, Reckhow conceded. “Stories take an average of eight seconds to load, by far the slowest single content type on Facebook,” he noted in a new blog post. Sweetening the deal, Facebook is letting publishers keep every cent of ad revenue generated through Instant Articles.

“Publishers can sell ads in their articles and keep the revenue, or they can choose to use Facebook’s Audience Network to monetize unsold inventory,” Reckhow explains.

Despite the apparent benefits, media partners appear to be approaching Instant Articles with caution.

“It is … vital that, over time, Instant Articles delivers recurring benefit for publishers, whose continued investment in original content underpins its success,” according to Tony Danker, international director at Guardian News & Media.

The caginess is not surprising considering Facebook’s rocky history with publishers of news and entertainment content. While the social network has offered new discovery and distribution opportunities, many in the media business have bristled at Facebook’s “gate keeper” status.

It is now common practice for Facebook to tweak the algorithm that determines what content users see in their News Feeds. While the expressed intent of the changes is always to improve user experience, they often result in lowering the organic reach rate of publishers and marketers.

Just last month, Facebook implemented another tweak that it said would prioritize personal status updates over other posts, including those from publishers.

“Facebook is trying to solve a real problem,” said Shaul Olmert, co-founder and CEO of viral content platform Playbuzz. “Publishers initially banked on the click through rate from Facebook resulting in people staying on their site longer … But that didn’t happen.”

From a consumer perspective, continuing to improve its user experience remains critical to Facebook’s success. “Facebook has proven why it remains so strong in this space,” Forrester analyst Erna Alfred Liousas said last month. “It continues to improve the user experience.”

Analysts on Wednesday said the move is all about Facebook’s mobile mission.

"By making [its mobile] experience faster across the board and more interactive, they have a greater likelihood of increased consumption from end users,” said Forrester analyst Erna Alfred Liousas. “They may also have more content creation opportunities from publishers.”