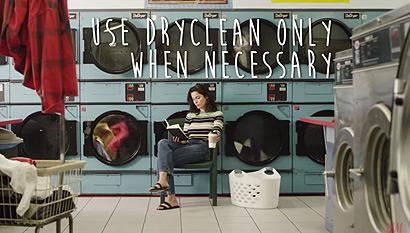 Fast-fashion powerhouse H&M reported strong sales and profits for its second quarter, but says it is bracing for some “very negative” effects of the strong dollar in its results for the remainder of the year. And it unveiled more detail about the coming launch of beauty products, which it hopes will strengthen its positioning among sustainability-focused Millennial shoppers.

For the second quarter, H&M sales climbed 21%, or 10% in local currencies, despite tough comparisons to the prior year, cold weather in many of its key European markets and a shift in reporting calendars. And after-tax profits increased 11%, despite the effect of the strong dollar and continuing investments in its digital infrastructure. “Although these long-term investments currently involve costs, we see them as necessary in order to build an even stronger H&M,” CEO Karl-Johan Persson says in its release.

“These investments enable us to be a natural part of our customers’ increasingly digital world…our goal is to offer a customer experience in which online and stores are closely interwoven, which will strengthen our customer offering further.”

In addition to opening its first stores in Peru and Macau, the Swedish company says it added Poland, Portugal, Romania, the Czech Republic, Bulgaria, Slovakia, Hungary and Belgium to its online markets, and plans to add Switzerland this fall, bringing the total online countries to 22. And among the 400 stores it expects to open this year, including three new markets: India, South Africa and Taiwan.

Beginning next month, it plans to roll its H&M Beauty products out in 900 stores in some 40 markets, as well as offering them online. The line will include two “subsidiary” collections, he says, “a premium beauty line and a conscious range of Ecocert-approved sustainable products.”

He adds that the company’s sustainability work continues to be “a very important part of our customer offering.”

It’s a key point of differentiation for the brand, which competes against such giants as Zara, owned by the Spanish Inditex, and the British-owned Top Shop. Thanks in part to H&M’s commitment to capsule apparel collections made of eco-friendly materials, including the Conscious line introduced earlier this year, it’s one of only three apparel companies to make it into Corporate Knight’s ranking of the 100 most sustainable companies. (Adidas and Marks & Spencer are the other two.)