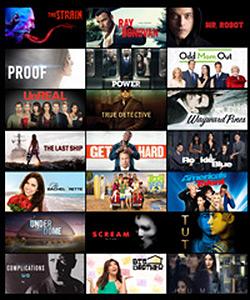 Joining the new business of standalone digital TV services -- as an alternative to traditional cable TV packages, for example -- is a new service from the largest U.S. operator of TV cable systems, Comcast Corp.

Comcast will soon begin testing Stream -- a $15 a month service -- in Boston. It will then move on to Chicago and Seattle this year before going nationwide in 2016.

With Stream, Comcast's Xfinity broadband customers can watch live TV from about a dozen networks --- including all the major broadcast networks and HBO -- on laptops, tablets and phones in their home. Plus, they can also access TV Everywhere sites and a cloud DVR to record programming. Also consumers can get thousands of on demand movies and shows.

It is Comcast pitch to cord-cutters to retain service and will only available to Comcast broadband customers.

Traditional pay TV packages -- from cable, satellite or telco companies -- can cost anywhere from $80 to $120 offering anywhere from 150 to 200 channels.

Comcast has already started up “skinny” and inexpensive alternatives to traditional cable TV packages -- such as Internet Plus Xfinity on Campus for students.

Other pay TV providers have start up similar packages, including Dish Network’s Sling TV, which is price at $20 a month. Also there are a number of other TV network/media company services that launched including HBO Now, CBS All Access, Sony Playstation Vue and others.