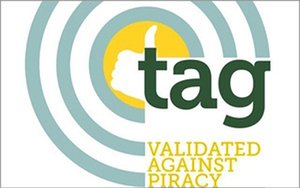 Interpublic and Omnicom have joined WPP's GroupM and Publicis in participating in an anti-piracy program developed by the Trustworthy Accountability Group -- an initiative of the Association of National Advertisers, the American Association of Advertising Agencies and the Interactive Advertising Bureau.

The agencies have vowed to take "commercially reasonable" steps to prevent digital ads from appearing on sites associated withcopyright infringement. Agencies can meet that promise by hiring TAG-validated companies that provide anti-piracy services or using TAG-certified ad placement services, among other measures.

TAG's piracy program calls for vendors of anti-piracy services to be validated by outside auditors (including Ernst & Young and Stroz Friedberg) or to self-attest that they meet the validation standards. To meet the standards, the anti-piracy vendors must have criteria to identify sites at risk of offering pirated content, and enable marketers and agencies to wield control over whether their ads appear on those sites.

In addition to the agencies, Google, GoDaddy, and Bayer Consumer Health have promised to take steps to ensure that ads for their companies don't appear on pirate sites.

"For years, the International Creativity and Theft-Prevention Caucus has worked with advertisers, ad agencies, and ad networks to take concrete steps to keep legitimate online advertising from appearing on sites dedicated to piracy and other illegal activities," they said in a statement. "It’s clear that the TAG pledge is gaining steam and that more and more advertisers and agencies are taking steps to ensure they are not unwittingly subsidizing online theft.”