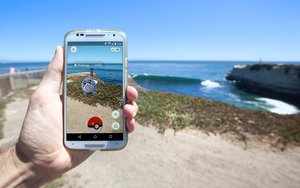 Long-term growth of the augmented reality market may mean less reliance on smartphones for consumers.

Furthermore, the dollars flowing in the AR and VR market will shift from hardware, content and services to commerce, according to a new study.

By 2035, augmented reality alone has the ability to capture a quarter of the mobile commerce market, which will be more than $1.3 trillion, according to the study from Citi’s Global Perspectives and Solutions Group.

The study, which forecasts the entire AR and VR market to grow to $2.16 trillion by 2035, also predicts the use cases for AR and VR to evolve.

This seems to be consistent with other projections for AR and VR, although the timeframe might be different.

For example, IDC forecasts AR and VR revenues to grow to $162 billion by 2020, with VR dominating in the short-term. Unlike the Citi study, IDC forecasts the shift from VR leading in revenue to AR leading to happen as soon as next year.

Here is the breakdown of expected growth between 2020 and 2025, according to Citi:

However, by 2035, the hardware, content and services segment of the market will grow to $827 billion while the commerce segment will grow to more than $1.3 trillion, according to Citi.

This shift will also have an adverse effect on other markets. Most of the growth in AR after 2025 will come directly from encroaching on the smartphone market.

Online retail will mostly be occupied (57%) by mobile by 2025 with AR commerce holding 1%.