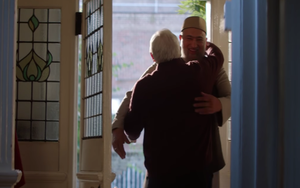 Despite upbeat predictions about holiday spending, retailers shouldn’t expect much help from their advertising: The YouGov BrandIndex reports that for almost half of all large retail brands, advertising awareness is significantly lower than it was a year ago.

The consumer perception research firm says that while Walmart still leads in awareness, it’s only connecting with 48% of consumers, down nine percentage points compared to last year. Kmart, a division of Sears, and Best Buy experienced even steeper awareness declines, at 12 points and 10 points, respectively. And while Amazon, Target and JCPenney fared the best, each of them also experienced dips in awareness.

The index is based on daily polling, asking respondents two questions about 23 leading stores: “Does it give good value for what you pay?" and "Which of the following brands have you seen an advertisement for in the past two weeks?"

Walmart is coming after Amazon’s crown in ways it hasn’t in the past, buoyed by e-commerce investments that include the purchase of Jet.com. This week, Walmart announced that it was kicking off its Cyber Week the day after Thanksgiving. It has almost tripled its online selection, with more than 23 million items available, and it’s offering free shipping on orders of $50 or more, as well as free in-store pickup. (Last year, it estimated that 90% of its Cyber Week orders qualified for free shipping.)

But while Walmart is gaining fast in e-commerce, Amazon isn’t slowing down either. In addition to its extensive flash deals that started well in advance of Black Friday, it’s touting this weekend as a chance for Prime members to shop by voice, with special deals for shopping through Alexa, the voice of its connected Echo device.

1 comment about "Ad Awareness Down Sharply Heading Into Holidays".
Check to receive email when comments are posted.
Next story loading