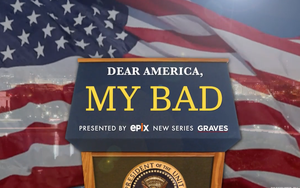 Politico Focus, the native advertising arm of Politico, is on a roll. The unit, which describes itself as a “brand journalism and data studio,” aims to help marketers and agencies understand and engage political influencers. It landed top honors in the Native Advertising Institute’s (NAI) awards for “agency under 20.”  It was also cited for creative strategy of the year earlier this month at the NAI event in Berlin.

Politico Focus is unique in the world of branded content by offering marketers, nonprofits, think tanks, political campaigns, and other entities an opportunity to get in front of an audience of political influencers.

This is a niche audience -- but an important one. “We understand how our audience consumes editorial content. Our audience wants an in-depth understanding of an issue,” said Nick Yeager, managing director, Politico Focus.

Yeager said the unit’s growth is driven by a unique approach to storytelling with five forms of journalism that Politico Focus uses for each campaign. For Politico’s audience, sponsored content must be useful in terms of helping people do their jobs better; involve accountability journalism (Yeager points to a Trump campaign); stadium moments (based on a theory that Politico’s niche audience imbibes big “tune-in” moments in politics in the same way that fans engage with big sporting events like the Super Bowl); community journalism (which looks at topics and issues that impact specific communities); and ideas-based journalism (examining bigger  themes that are driving policy discussions and the advocacy of ideas).

“We know how the audience consumes content around these forms of journalism, so we understand the creative experience from a storytelling perspective,” Yeager said.

The company is made up of a content studio and audience insights team. The in-house content studio team features eight people who work on creative, design, strategy, editorial concepts, project management, and research. Plus there’s a contributor network of 110 people who are considered industry experts that can be tapped to work on campaigns: photographers, digital creative talent, technologists (AI and VR, etc.), and video experts. Politico maps their skills to a specific client project.

Then there's the audience insights unit, a two-person team that draws upon resources across Politico. The team does custom research, internal audience analysis, and it taps the insights of a proprietary network of top power users.

Yeager said that many clients are guarded in their messaging and that Politico Focus has tried in 2016 to “push the envelope.” He said that long-form journalism is the format that works best with political influencers, which remains critical to every piece of content the unit produces.

Politico has learned that if it wants to target a millennial staffer who’s supporting a specific elected official, for example, it has to develop mobile-first environments for storytelling.

Yeager pointed to video as another key component. A campaign for Epix's "Graves" show featured a video called “Dear America, My Bad," with a branded panel discussion examining the art of the presidential apology, and mentioning Hillary Clinton and Donald Trump.

Politico tapped both qualitative and quantitative audience data to inform its strategy. Its readers provide real-time feedback on all content which digs into the mindset of influencers and what motivates them to engage with content in various ways.

“We can look at quotes from power users at Politico and we know that people are using long-form interviews to validate and inform their views,” Yeager said. Politico has created persona types that help inform its storytelling strategy by campaign, and to create the right experiences.

Branded content played a role in this year’s presidential campaign in terms of  audience, data, and targeting. Politico worked on a Sanders campaign that targeted Latino voters in seven states with long-form video, articles, and data. A Trump campaign targeted six states. The content for both brand content campaigns was provided by the campaigns themselves.

In 2017, Yeager sees a role for organizations and brands to play in delivering solutions-focused branded content: “advocacy about ideas that work, or that can bring the most benefit to all people, not just the political class,” he said. “It’s about connecting Washington to the rest of the country,” bridging a chasm.

“We want to know not just what people think, but why they think it. For us, the role of brand journalism is to work with clients to help them find authenticity in their brand voice and the experiences they create,” Yeager said. “We already see brands starting to work with publishers to identify the authentic stories they can tell. The approach isn’t just about carefully curated communications strategies. It’s actually about talking to people and being the bridge that facilitates what the world looks like outside the Beltway.”