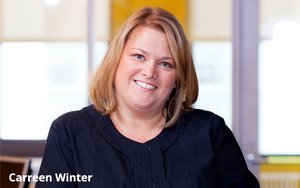 Politics and brand marketing have always made for strange relationships, but this election was exceptional. Well-known names as diverse as Lockheed and Skittles got caught up in tweet storms. Trump supporters called for boycotts of everything from Hamilton to Pepsi to Penzeys Spices.

Anti-Trumpers, most notably #GrabYourWallet, are suggesting people stop supporting companies that include Amazon, Walmart and —recently— L.L. Bean. As President Donald Trump transitions into his role as tweeter-in-chief, Marketing Daily caught up with Carreen Winters, MWWPR’s executive vice president and leader of its corporate reputation practice, to ask about what has really changed.

Q. So there’s no sense yet whether President Trump will tweet less now that he’s sworn in, but clearly, his tendency to go after specific brands will take on even more meaning now that he’s Mr. President. But first, your take on the L.L. Bean controversy?

A. After board member Linda Bean’s donations to pro-Trump groups were revealed, #GrabYourWallet suggested people consider boycotting the store. What made this one so unusual was that Trump decided he was going to tell people the opposite and tweeted that people should shop at L.L. Bean. That feels unusual, unorthodox and maybe inappropriate.

Q. But it’s not unprecedented. Remember the bump J. Crew got in sales after comments from former First Lady, Michelle Obama?

A. True. But this is tricky. She said, when asked about her sweater, “It’s from J. Crew.” That’s very different from a self-appointed promoter, saying “go buy this stuff.”

Q. Why does it put L.L. Bean in a different predicament than say, Patagonia, a brand that has been very outspoken politically? It ran ads leading up to the election, urging people to “Vote for the Planet,” and against Trump, for example.

A. It’s effective for brands like Patagonia to do that. It can be reasonably confident that its customer base squarely aligns with environmental activism. Even people who aren’t extreme environmentalists understand the brand identity. Some of L.L. Bean’s customers are environmentalists, too, which means they likely didn’t support Trump. But some are hunters and sportsmen who likely voted for Trump because they thought he was most supportive of the right to bear arms. It’s a brand that appeals to both sides of the spectrum, and that means there are more risks of alienating someone.

Q. L.L. Bean’s management made a statement asking consumers not to boycott, stressing that Linda Bean acted as an individual, and did not represent the views of the company. Would that have been your advice?

A. No. I would not feed the frenzy. Boycotts happen all the time. Just look at how many are on Change.org.

I’d let the social community police itself, and it will get snuffed out pretty quickly. The question for brands, in reacting, should be, “Who are we talking to?” If someone was an L.L. Bean loyalist, the notion that they would abandon the brand because Donald Trump says he likes it, too, doesn’t make much sense. And people who don’t like the brand aren’t likely to start shopping there just because Trump says so. And candidly, I don’t think many people can picture Donald Trump in Bean boots. If he told people they should continue to shop at Barney’s, I would believe that.

Q. Should all brands be ready for some type of backlash?

A. Yes. We are in a very reactionary environment. The outcome of this election was surprising to supporters of other candidates, and there’s the persistent sense among them that results were tinkered with, that their vote didn't count. So now there’s this activism looking for an outlet. And there’s going to be a call to boycott anything President Trump likes.

A. Yes. Brands spend too much energy trying to figure out how to respond to haters. Take a certain fast food chain, with people making movies about it. The people who see movies about how awful the brand is will never become fans. So stop trying to quiet your critics, and activate your enthusiasts. Brands should take a lesson from how Skittles reacted. It said, “Skittles are candy, not people.” And then it dropped the mic.