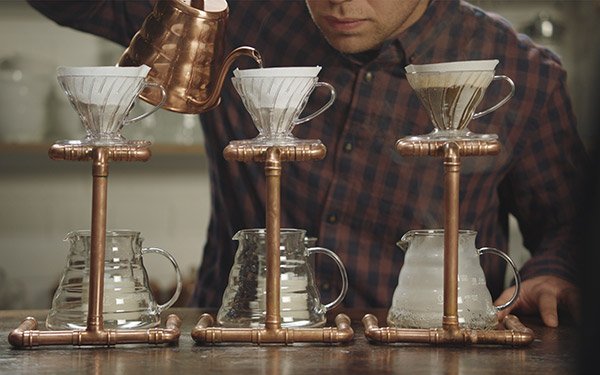 While McDonald's is the dominant player in the fast food world, it's not particularly known for the coffee it serves. Now, the chain is introducing a new campaign in the UK to differentiate what it positions as its plain-but-good-tasting coffee from competing brands sold within the complicated, expensive and sometimes intimidating world of hipster café culture.

Developed with agency Leo Burnett London, the creative shows customers trying to order coffee in various cafés amid incongruous settings, where ping-pong tables, for instance, have replaced seats where customers might have a had a chance to sit and enjoy the coffee they’ve purchased. Those experiences are contrasted with the simpler process of ordering coffee at a McDonald’s restaurant.

"Our campaign illustrates how McDonald’s is the antithesis to the complication, in a fun and relatable way," stated Michelle Graham-Clare, marketing manager, McDonald's. "We serve great quality coffee simply, conveniently and at an affordable price: ‘Great tasting coffee, simple.’”

The campaign includes TV, radio, out-of-home, press and social in the UK through March. It is not clear yet whether this campaign will jump the pond—it’s possible since McDonald's works with select agencies on regional-specific initiatives. The chain selected Omnicom as its new U.S. creative agency last year.

"We're reminding people that if you're simply after a great tasting cup of coffee, without the fuss, then McDonald's is the place for you. If you prefer an artisanal Amazonian blend, served with a rumor of yak's milk in a reclaimed jam jar, then you might want to go somewhere else," quipped Matt Lee, creative director, Leo Burnett London.