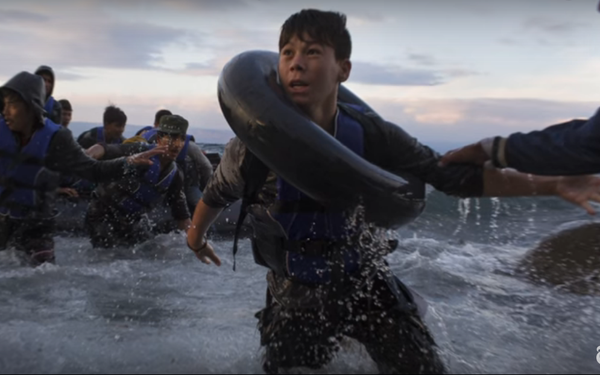 The truth will be a little less hard to find beginning today as The New York Times breaks the next flight of ads in a branding campaign that originally debuted with a stark, syncopated commercial in ABC’s telecast of the Academy Awards last month.

New spots will join the original “The Truth Is Hard To Find” spot, utilizing the same syncopated tone, but featuring footage and images of the Times' award-winning photo journalists in difficult field conditions.

The commercials, airing on TV and online, have a cinema verite feel and feature the voices of Times photographers commenting on their experiences in voiceovers.

One of the new spots, “Refugees and Immigration,” features footage and commentary by photographer Tyler Hicks on assignment documenting refugees in Lesbos, Greece.

The ads are part of a broader campaign intended to remind readers about the hard work and tough conditions the Times’ journalists endure while covering world-shaping events and encourage support of its brand of independent journalism.

The spots are part of four new ones directed by filmmaker Darren Aronofsky. They will be complemented by print versions of the campaign appearing in the print editions of The New York Times.

“The Times has never shied away from conflict,” he added in a statement unveiling the new ads. “Whether war zones, authoritative governments, epidemics or disasters — we know that to tell the story right, we have to be there.”