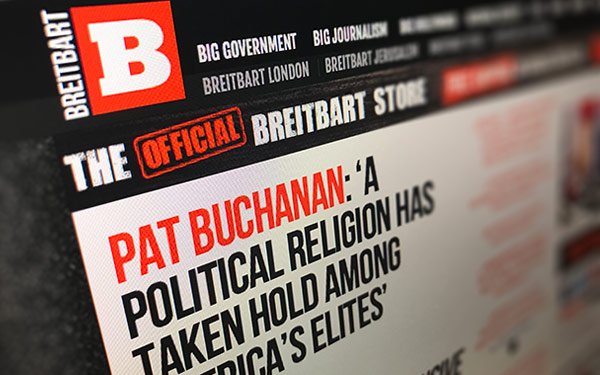 The far-right news site Breitbart had its request for permanent Congressional credentials denied by the standing committee of the Senate Daily Press Gallery on Tuesday. (It currently holds a seat in the press briefing room at the White House.)

That rise may now be stalled.

Three reporters with temporary passes will no longer be able to access Congress after May 31, when their passes expire. A fourth Breitbart reporter, who did not have a temporary pass, had also applied for credentials.

The standing committee of the Senate Daily Press Gallery, comprised of five reporters from mainstream outlets, had a number of issues with Breitbart’s editorial independence, which proved to be the deciding factor for rejection. Breitbart’s news coverage but a reflection on its technical qualifications, members of the committee said. (If accepted, Breitbart would have been allowed to join the White House Correspondents’ Association and participate in the White House press pool.)

The committee took issue with the site’s masthead. It highlighted staffers linked to outside groups, including the nonprofit conservative Government Accountability Institute (GAI). A letter sent to the committee, penned by Breitbart CEO Larry Solov, claimed the two organizations “have no editorial control over each other.”

Wynton Hall -- former managing editor at Breitbart, and a staffer with ties to GAI -- was said to have left the publication in February. But as of late March, his name appeared on the masthead. The site is now running without a managing editor. The standing committee took issue with the curious timing inconsistencies.

The standing committee also pointed to the Web site’s connections to Steven Bannon and Trump right-wing confidant Rebekah Mercer. The Mercers own a solid chunk of the alt-right haven. (They also fund the Bannon-founded GIA.) Solov had to further assert that Mercer has “no editorial control.”

According to BuzzFeed, there was an issue with Breitbart offices, which are located in a space not zoned for commercial use. "The whole thing suggests to me they are not ready for a credential," a member explained during a meeting of the standing committee, as reported by BuzzFeed.

If Breitbart is able to address each of these issues to a suitable extent, they can apply again for credentials.