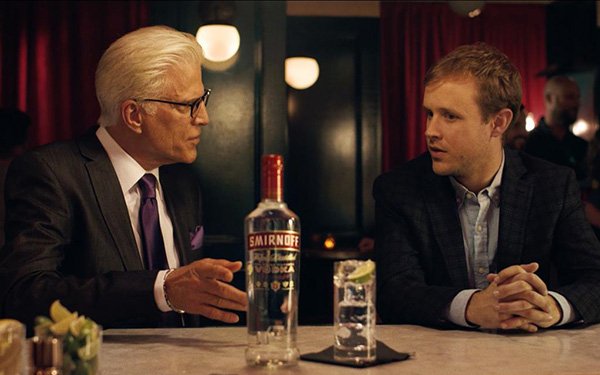 Actor Ted Danson believes he is the perfect person to serve as Smirnoff vodka's newest spokesperson. “We’re award winning, we’ve got great taste, been around since 1864 and we’re both surprisingly cheap," he says in one of the videos.

Developed with 72andSunny New York, the Danson ads use humor to support Smirnoff's No. 21 vodka campaign “Only The Best For Everyone" that celebrates the brand's American heritage. Despite its Russian name, Smirnoff vodka has been made in America since the 1930s and is the top-selling vodka brand in the U.S.

Danson appears in five videos that depict him trying to debunk the notion that he is inherently elitist and only likes expensive vodka because of his fame. The spots appear online now and will appear on national TV later this year.

Parent company Diageo continues to make changes in its Smirnoff marketing programs to remind its core consumer base of its credentials and to recruit millennial and multicultural consumers.

As part of this repositioning, in March, Smirnoff jokingly announced it was officially “in a relationship” with model and cookbook author Chrissy Teigen who went on to appear in four broadcast and online ad spots.

The vodka brand also plans to highlight Smirnoff’s "innovative history" as the creator of the Moscow mule cocktail.