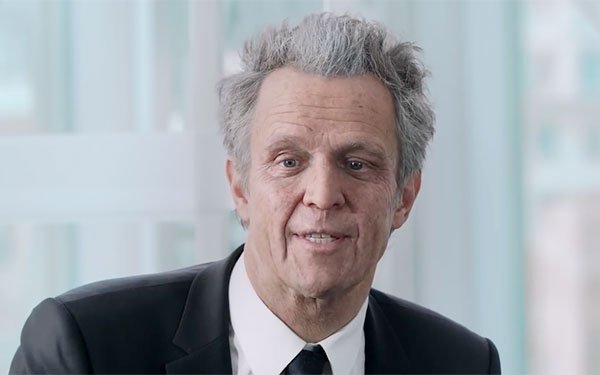 Publicis Groupe's Arthur Sadoun displays his humorous side in this year's holiday video and his first as the head of the holding company.

His predecessor Maurice Lévy has gained a widespread following and reputation for his charm and comedic talent in these annual holiday spots.

The #ForeverYoung Wishes greeting opens with a shock to show a visibly aged Sadoun as he wishes staffers a happy holiday alongside the iconic "I'm the Boss" mug that has appeared in past videos. Then a youthful Lévy - with brown hair and youthful attire -appears to mention how Publicis' transformative year has rejuvenated his life by reversing his appearance 30 years. He also unsuccessfully attempts to silently pick up the Boss mug, while Sadoun is able to do so.

Sadoun told MediaPost that he was behind this season's creative concept. While acknowledging he has a "high bar" to meet in order to achieve the status of previous Lévy holiday spots (perceived as annual treat by many in the industry) Sadoun wanted to play off the common statement that his first year would age him 30 years.

"I wanted the first shot to be wow, this guy has been suffering," he jokes.

The Saturday morning shoot took three hours to age him with makeup and whiten his hair with an additional hour to film versions in French, English and Spanish. It took another hour to return him back to his youthful appearance. Sadly his family didn't see his transformation in person since they didn't want to venture out during the weekend, he says.

Eagle-eyed viewers may recognize the location as where Sadoun filmed his first introduction video back in June. At the time, he didn't have an official office, but he returned to this familiar location to convey that nothing has changed over the past six months except for his aging appearance.

The year's greeting has several overarching objectives, he says. First, he wants to thank his people for their hard work. Second, he wants to demonstrate the succession is going smoothly. It took "one second" to convince Lévy to make an appearance, he says. Third, Sadoun wants to acknowledge that transformation within the industry is challenging but worthwhile. Lastly, he hopes he will give people a laugh.

And in case it’s already getting a little slow around the office as people get an early start on the holiday break, here are a few Publicis holiday video from recent years.  You can judge for yourself how high Sadoun needs to the raise the bar (or not).