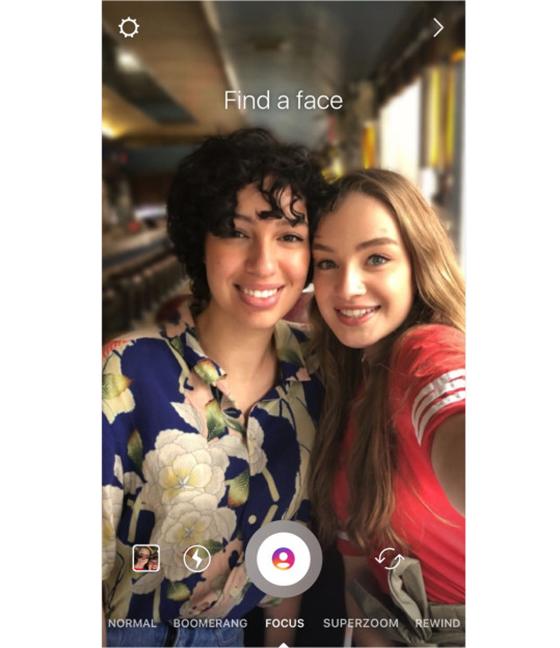 While its parent company faces a grilling on Capitol Hill, Instagram is rolling out some fun new features to keep users amused.

For starters, a new “Focus” camera format will help users take more captivating self-portraits by blurring everything in the background.

After taking a picture in “Focus,” users are then encouraged to add creative tools like filters, stickers and text before sending them to friends, via Instagram Direct or as a new Story.

The Facebook unit is also testing Nametags, so people can create custom tags using emoji patterns. First reported by TechCrunch, Nametags is strongly reminiscent of Snap’s Snapcodes feature. Instagram has a history of taking inspiration from Snapchat when designing new features, but the rivals are increasingly borrowing from each other.

For example, Snap just recently roll out Mentions, which let users can tag friends in their Stories. The offering should be familiar to users of Instagram’s Stories feature, which already boasts a similar tagging tool.

In fact, Instagram this week is rolling out the @mention sticker on iOS, which should make it easier for users to connect with friends in Stories.

Bigger picture, it remains to be seen whether Facebook’s recent bad press will rub off on Instagram. Facebook revealed&n bsp;that its flagship network shares “services, infrastructure and information” with its sister networks, including Instagram and WhatsApp.

Yet, recent research from Forrester showed that while users are acutely aware of Facebook’s recent “hacking” and data exposure problems, most consumers say their usage has not changed as a result -- and, if it did, the shift was not a result of the network’s recent failings.

Facebook still has roughly 2 billion users, and Forrester forecasts that its services -- including Instagram, FB Messenger and What’sApp -- are on track to grow 25% from 2018 to 2019.

Even before the Cambridge Analytica controversy erupted, last month, Facebook’s share of usage was eroding.