Good-Bye To All That: For Cosby, A Legacy Destroyed 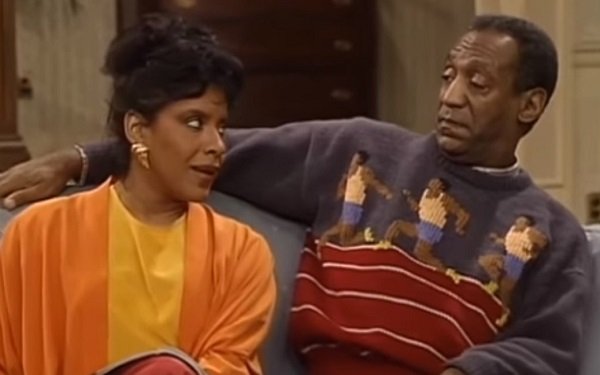 In the wake of Bill Cosby's conviction on sexual assault charges last week, all the works he produced over 50-plus years -- the TV shows, the movies, the comedy albums -- are now consigned to the ash heap of pop-culture history -- at least for the remainder of our lifetimes, if not beyond.

Understandably, in the many postmortems and commentaries about Cosby, a great deal of the emphasis is being placed on his situation comedy of the 1980s, “The Cosby Show.”

The show is rightly remembered as ground-breaking in its depiction of an upper middle-class African-American family headed by a physician (Cosby's character, Cliff Huxtable -- seen in the photo above with co-star Phylicia Rashad).

The show was huge, routinely garnering viewing shares in the 40% range -- an achievement unheard of today. The show ran for decades in repeats up until the last few years, when it was steadily dropped by the last networks that carried it.

Now it is gone, wiped clean from TV syndication (but still available on YouTube, which apparently didn't get the memo).

Cosby was well-established as one of the best-known and best-liked entertainers in America even before the NBC sitcom. But the show elevated him in status from comedian to icon.

The show's take on family life endeared him to black and white audiences alike, and suddenly, Cosby was more than a comedian. He became known and accepted as an educator, an expert and a role model on the subjects of marriage and child-rearing. He became America's dad.

And now look at him.

Those of us of a certain age have a history with Bill Cosby that predates “The Cosby Show” by 20 years -- numerous appearances on the TV variety shows of the ’60s, his own prime-time specials, “I Spy” and his first solo sitcom, “The Bill Cosby Show,” in which he played Chet Kincaid, a high school gym teacher.

For many of us, Cosby's comedy albums of the 1960s were as ubiquitous a part of the growing-up experience as Cosby's 1980s sitcom would become for another generation.

It has been 50 years, but in our heads, we can still hear snippets of the old routines echoing down the analog decades -- the “Noah” routines, “Tonsils,” “Chicken Heart,” “Go Carts,” “To My Brother, Russell, Whom I Slept With.”

They were works of comedic art. It is no small thing that the stand-up stars of a subsequent generation -- Seinfeld, Chris Rock and others -- considered Cosby to be the godfather of modern comedy.

Now, however, no one will publicly praise Bill Cosby. No one will admit to listening to the old comedy routines or watching the old shows. He is persona non grata.

There is not much more to say at this point except that this latest chapter in the life of Bill Cosby strikes some of us as sad, even while we recognize and acknowledge the seriousness of his offenses.

For the better part of 50 years, Bill Cosby was the very epitome of a right-down-the-middle, non-controversial, mass-appeal celebrity. For many of us, learning the truth about his private life means nothing is likely to surprise us now.

celebrity, tv
1 comment about "Good-Bye To All That: For Cosby, A Legacy Destroyed".
Check to receive email when comments are posted.
Next story loading