'Call of Duty' Players Have A New War Planner. Her Name Is Alexa 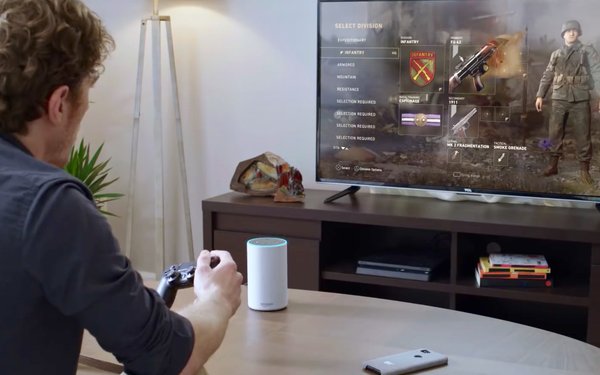 It’s nothing personal but what if Alexa thinks your game-playing skills are kind of lame?

Now, Activision’s “Call of Duty: WWII” lets players use Amazon’s digital assistant Alexa to get personalized recommendations, updates on how they’re doing and stay connected to their bellicose friends.

“Call of Duty” Alexa Skill uses AI and machine learning to create those game hints, and uses specific loadouts, playing styles, maps, modes, perks and divisions for each player. Skill analyzes more than 20 aspects to make its recommendations. It provides natural language generation responses to 2,500 questions — but actually 250,000 different answers — based on real-time stats and recommendations about what to do next. The Alexa Skill began in Beta on April 18.

Tim Ellis, chief marketing officer at Activision, tells Marketing Daily the company began noodling around with AI for its games around two years ago, figuring “if we really want to leverage the technology and make it transformative for users, we have to make it as if there’s a coach there with you. Alexa was our first choice. But it’s a hefty challenge to pull this off.”

There are 15 feature categories on this Alexa Skill, including match summaries, and highlights of a player’s recent gameplay, latest in-game news and game updates, and social capabilities so a player knows if friends are playing and how well they’re playing.

Alexa teamed with Amazon first with its “Destiny” game a year ago, but mainly then Alexa kept score and assembled other data. Now with “With Call of Duty: WWII” Alexa Skill, the AI is, as Ellis puts it, “taking it up a notch.”

In a video now online showing off the Skill, a player asks Alexa how he’s doing. “Let me break it down for ya. You got clobbered,” says a (programmable) male voice, not sugar-coating the situation. “You were in last place on your team.” When the player asks for advice, Alexa (Alex?) responds, “Now you’re talking, soldier!” and provides some presumably sound strategy.

Ellis points out the answers from Alexa will change. “It will actually get smarter and better as it learns more.”

Unlike pretty much everybody around him at Activision’s Santa Monica headquarters, Ellis is no pro at “Call of Duty” games, he’ll be the first to admit. But when this Alexa Skill was being baked, he found “not being  a terrific player has its benefits,” he says. “There is a guy working here named Jay who is terrific and when we were thinking this I said, ‘It’s like I want Jay over my shoulder.’”

“This project wouldn’t have happened if the marketing and consumer tech teams hadn’t merged two years ago,” he says.  Where a company might have thought of a gaming feature in one part of the building and handed it off to marketers somewhere else, the Alexa Skill project showed how working together made the idea click.

At the marketing end, he says, “You’re no longer just producing funny ads that cost too much.”